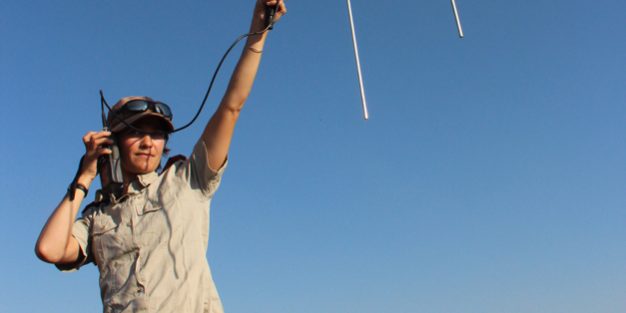 The Northern Tuli Cheetah Project was initiated at the begininning of this year (2012). The purpose of the research is to gather information on the population status of the cheetahs of the Northern Tuli Game Reserve, and to identify threats, particularly anthropogenic conflict outside of the reserve, to ascertain whether or not cheetahs contribute substantially to livestock loss and helping reduce and mitigate the human-predator conflict.

Background to the study

The current status and distribution of the cheetah (Acinonyx jubatus) population in the Northern Tuli Game Reserve (NOTUGRE) is largely unknown. Cheetah sightings are often reported from game drives within the reserve, but there has been no comprehensive survey of the population in the area. Furthermore, their survival may be under threat due to conflicts with livestock farmers outside the reserve. In order to effectively conserve and determine the threats to the local cheetah population, it is important to have reliable estimates of population sizes and demographics. However, estimating population sizes of carnivores can be particularly difficult due to their secretive nature and low densities (Gros et al 1996). This study sets out to establish an adequate monitoring system for the NOTUGRE cheetah population.

Cheetahs are subjected to a high rate of intra-guild competition and kleptoparasitism from larger carnivores such as lions (Panthera leo) and spotted hyaenas (Crocuta crocuta) (Marnewick et al. 2007; Houser et al. 2009; Macdonald & Loveridge 2010). Larger predators also contribute to cheetah cub mortality and, in some instances, adult mortality (Laurenson 1994; Laurenson et al. 1995; Kelly & Durant 2000; Macdonald & Loveridge 2010), hence cheetahs are often more successful outside of protected areas where other large predators have been extirpated (Laurenson et al. 1995; Purchase 2000; Marnewick & Cilliers 2006). Outside of protected areas, however, cheetahs frequently come into contact with livestock farmers, who may consider them a threat to their livelihood or stock, leading to their persecution (Woodroffe & Ginsberg 1998; Selebatso et al. 2008; Houser et al. 2009). The amount of potential habitat for cheetah, including protected and un-protected areas is therefore influenced by, but not limited to, the population status of other large predators and the level of human activity (Laurenson et al. 1995; Kelly & Durant 2000).

Cheetahs have very large home ranges that often expand beyond reserve boundaries (Selebatso et al. 2008; Macdonald & Loveridge 2010). Areas outside protected land may become population sinks as a result of human-induced mortality (Woodroffe & Ginsberg 1998). This can have a severe impact on overall population number and dynamics, and may contribute to local extinction (Woodroffe & Ginsberg 1998; Houser et al. 2009). The vast range use of the cheetahs is also a cause for concern as they are more likely to face human conflicts, the larger their home range (Marker et al. 2008a; Houser et al. 2009). Furthermore, human dominated areas may act as barriers and hinder cheetah movement (Lindsey et al. 2004). This emphasises the need for conservation actions of cheetahs outside protected areas for overall population survival (Laurenson et al. 1995; Woodroffe & Ginsberg 1998; Kelly & Durant 2000). The movement of cheetahs in NOTUGRE, onto adjacent farmlands and across borders into South Africa and Zimbabwe is unknown. Furthermore, their movements have unknown implications for human-predator conflict in the region. Understanding cheetah movements and identifying the level of conflict outside the reserve is fundamental for the development of an effective conflict resolution and conservation strategy.

The Cheetah is currently listed as vulnerable by the International Union for the Conservation of Nature (IUCN), Global Red List (IUCN, 2011) and as Appendix I in the Convention on International Trade in Endangered Species of Fauna and Flora (CITES). However, available data suggests that cheetahs are close to being classified as endangered (Marnewick et al. 2007). The cheetah used to be widely distributed across Africa and south west Asia, however in the past few decades the species distribution range and numbers has reduced dramatically (Skinner & Chimimba 2005); a 50% decline was estimated from 1973 to 1998 with a further 25% drop by 2008 with a global estimate of 7500 cheetahs remaining (Buk & Marnewick 2010).

A vital component of conservation and management planning of a species relies on accurate estimates of population sizes and an evaluation of threats faced by this species (Gros et al. 1996; Carbone et al. 2001). Cheetahs are extremely difficult to survey as they tend to occur at low population densities, they are shy, elusive, cryptic and are very mobile (Durant et al. 2007; Macdonald & Loveridge 2010). Cheetahs sometimes form local transitory hot spots, giving the impression of seemingly high cheetah density in an area (Durant 1998; Durant et al. 2007; Macdonald & Loveridge 2010). Additionally, their large home ranges may give a false impression of high cheetah numbers due to different sightings of the same individual at several locations (Marker et al. 2008b; Houser et al. 2009; Buk & Marnewick 2010). Therefore, a reliable population size estimate and a better understanding of current cheetah population status are of critical importance.

A number of effective methods for monitoring of cryptic species exist (Macdonald & Loveridge 2010). Cheetah population estimates can be directly estimated by identifying individuals within a population. Individuals can be identified form their individual spot patterns (Gros et al. 1996; Kelly et al. 1998). In this study, the collection of photographic records of each individual cheetah in the NOTUGRE population will be employed to estimate population size. Another aspect of this study will evaluate the level of cheetah-human conflict on communal farmlands through the use of a questionnaire survey and Problem Animal Control (PAC) records.

The aims of the project

The main aim of this study is to estimate population size and distribution of the cheetahs of NOTUGRE, to assess threats faced by the species particularly anthropogenic conflict due to livestock losses from cheetahs, and to develop sound management priorities for cheetah conservation in the region.

The following objectives will be addressed by this project:

Should you wish to find out more about this project, and to contribute in any way, please feel free to contact Alienor via email at alienor.brassine@gmail.com