The Force of a Family 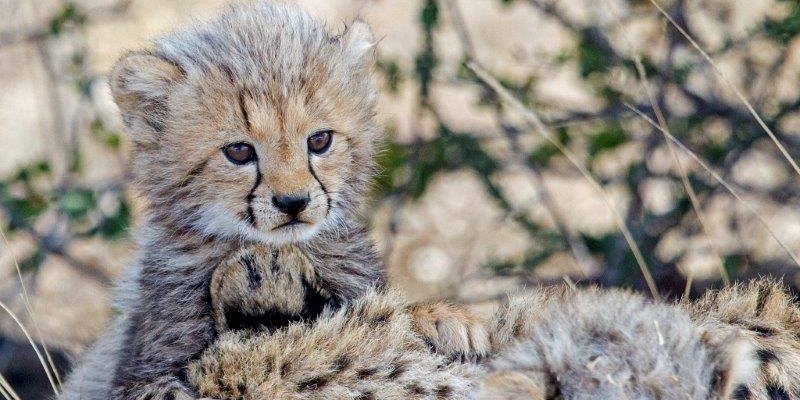 A visual account of the lives, of this indestructible force of cheetah. After two years of nursing, feeding, teaching and protecting the incredible mother to these four, now sub-adult, cheetah is finally ready to leave her brood.

The sub-adults which include, 3 males and one female, have developed into successful hunters and are now ready to fend for themselves. Its more than likely that when the break off from their mother does eventually happen, that the 3 males will form a strong coalition and the young female will venture off on her own. It will be interesting to see where the 3 males establish their territory as they will be fighting the likes of our existing 3 brothers for the area they have now become familiar with. As for the young female and mom, they will now be competing for mates, as reproduction becomes the most important key to survival.

Thank you to Janet Wilkinson, Janet Dewar and Deborah Jordan for sharing some of your memories with this incredible force of 5, who have provided our guests to Mashatu with endless top class sightings and many lessons to the ways of the wild!

The four cubs learn to take down prey! Photo by: Janet Wilkinson

2014, just a few weeks old and already showing off for the camera. Photo By: Deborah Jordan

2015, The force, taking on a pesky hyena. Photo by: Deborah Jordan

2014, Taking refuge under the safety blanket of mom. Photo by: Deborah Jordan

2016, All grown up, scouting for the next prey. Photo by: Deborah Jordan

2014, A youngster takes a lesson from a bee. Photo by: Janet Dewar

2015, One of the youngsters taking lessons from mom.

2014, just a few weeks old, with so many adventures still to follow…

Matabole Hide, Guest Image Gallery – By Karin Braby
August 10, 2015
Our Latest Wildlife Posts
Go to Top
This website uses cookies to improve your experience. We'll assume you're ok with this, but you can opt-out if you wish.
Cookie SettingsAccept All
Manage consent