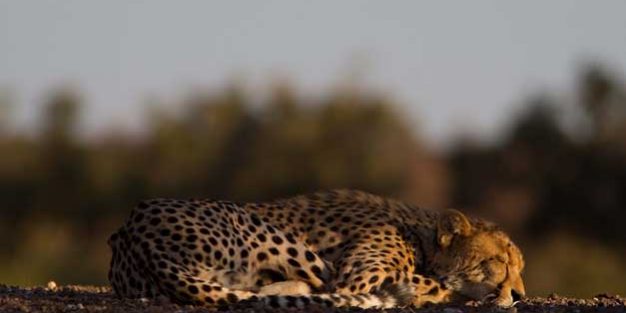 Christmas week was rewarded by the sighting of what can only be described as a “pride” of leopards! An old female leopard with two three-month old cubs had made a kill and was seen alongside her daughter and son from her previous litter. A total of five leopards!

The famous three musketeers, three male cheetahs, have made a reappearance in the central area of Mashatu. These three brothers are thought to be about 11 years old, and have held the territory over Mashatu and its neigbouring reserves for quite a few years now. The maximum lifespan for cheetahs in the wild is usually between 7 and 10 years.

Another unusual sighting was made yesterday. The two big five predators were seen together! The mother of two very young leopards had made a kill. Shortly thereafter a couple of lionesses came in on the kill. The leopard quickly retreated up a tree while the lionesses ate her kill. As the lionesses were feeding the leopard’s very young cubs decided to come out of their hiding place, heading straight for the lions!  Fortunately the lions were too preoccupied with their meal to notice and the cubs survived! What a great start for the New Year!