The one that walks with a limp 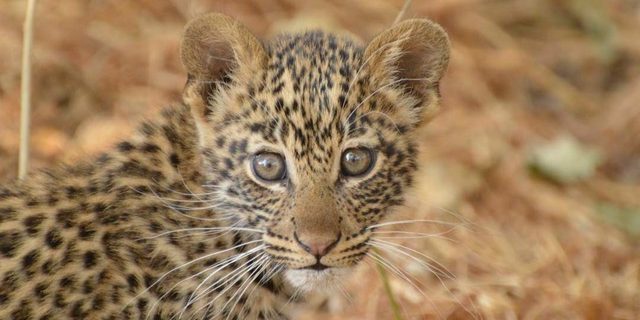 Leopard sightings at Mashatu are not uncommon, but there is one female leopard that the guides and trackers have a special affinity for.  They have named her Mathoja, meaning the “one that walks with a limp”. She was given this name after sustaining an injury at only six months old while caught up in the middle of a fight between her mother and one of her brothers from a previous litter.  To this day has a Mathoja walks with a limp.  She was one of three cubs and at seven years old she’d never had any cubs of her own while her sister in a neighbouring territory has raised a few litters successfully.

There was surprise and delight this year when Mathoja gave birth to two cubs, a male and a female.Unfortunately, and perhaps as a result of her inexperience as a mom, the young male cub was killed a few weeks ago by a large male leopard that stumbled across their temporary hiding place, a hole in a fallen down tree.  Mathoja put up a good fight chasing him off. All the while, the young female cub, stayed in the safety of the hole, no doubt learning some valuable survival skills. Both Mathoja and her cub are doing well and mom’s been showing her cub off to Mashatu guests more frequently.  Guide, Bashi Patane, who many of Mashatu’s regular guests will know well, managed to capture some wonderful images of both mom and cub while out on drive. Awesome photos Bashi, thanks for sharing.