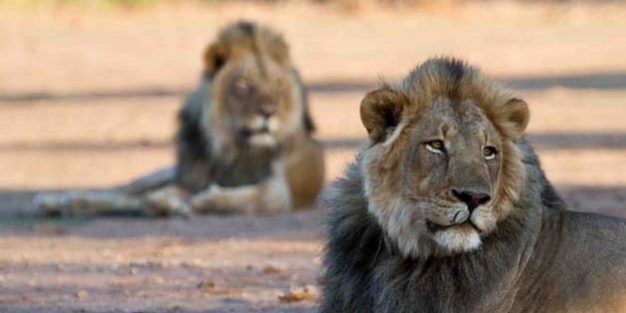 Good rains have finally settled the dry winter of 2012 at Mashatu. With a dramatic change in vegetation and grass cover, herds of wildebeest, zebra, waterbuck and impala are seen grazing all across the magnificent landscape of Mashatu. Over 33 mm of rain (over six days days) was recorded around Main Camp, but areas in the central region clearly had much more precipitation, as large pockets of water are found scattered across the landscape. Stands of water, where only a dry, empty dustbowl use to be, are now a living source for all game species and birds alike.

One would assume that with the fine dust gone after the rain, and only a hard substrate left to track the spoor of animals – especially those of cats – sightings of leopards and lions would be fewer, but not for Mashatu Rangers! These guys are masters at what they do, and what they do for a living is tracking! Sightings of all large predators are up from September, with cheetah sightings up by nearly 20%. Lions, leopards and cheetahs were seen on 84%, 90% and 65% of days, respectively. Elephants were seen on 87% of the days at Mashatu – Land of the Giants.

Bloody cheetah male after feeding on an impala – Andrei Snyman

Kills were second to none this October. 39 kills were found during this month, and these exclude the double counting of carnivores going back to their kills for the second day/sitting. 11 Cheetah kills were found, 10 Spotted Hyena, 12 leopard and 6 lion kills.

The wildebeest made a run for it, but things didn’t work out as planned – Andrei Snyman

One amazing spectacle was that of two lionesses and a wildebeest. Guests were lucky enough to actually witness the whole scene, which took over 40 minutes! Two lionesses had cornered an adult wildebeest, and after a long ‘game’ of tug-of-war, one lioness eventually gave up and went back to where her tiny cubs were. The wildebeest then kept on chasing the remaining lioness, which also seem to have lost interest. Carnivores are making frequent kills of weak antelope in these last winter days, so these lionesses wasn’t too committed to bringing down the wildebeest. What looked like a complete victory for the wildebeest, which went trotting off into the bush, turned out quite the opposite to what most people expected. What happened next was inconceivable. The wildebeest was easily over 100 metres away from the lioness when it tried to jump over a small drainage line – not a very deep, or wide, drainage line, I must add. On landing on the other side, the wildebeest slipped and fell to the ground, where it lay – too tired to get up. The lioness quickly saw this opportunity, and ran towards the wildebeest, not believing her luck! She simply placed her two front paws on the tired and weak wildebeest and layer there. After minutes of both animals panting and breathing, the lioness then very casually grabbed the wildebeest by the neck and suffocated it. Afterwards she just left it lying in the shade. This all happened on the morning drive. During the afternoon drive, following up on this kill, guests were stunned to see that the first lioness – the one that moved off towards her cubs, had also manage to kill a wildebeest! So two wildebeest kills in one morning by two sister lions! What was even more mind-blowing, was the fact that these lionesses then killed a zebra the following day!

General game are quickly picking up body condition and one can clearly see what areas had more rain than others – there were all the grazers are feeding on the bright green patches. Mopane trees, the most abundant woody species in the reserve, are also quickly filling up with bright-green leaves, and visibility into the seemingly barren landscape, is getting somewhat restricted. True signs of summer.