Nature is an incredible equalizer 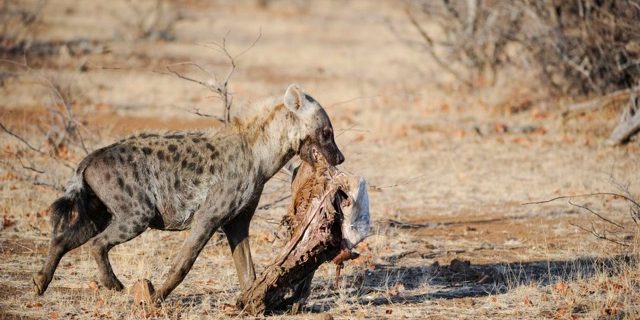 The first week of November has already passed and apart from one light shower, the rains still haven’t arrived at Mashatu.

It’s a tough time for general game but for predators it’s a time of plenty.   Finding and hunting down prey is at it’s best as they take advantage of being able to scan the open bush and prey on weakened animals. Many of the residential predators have young ones and with so many mouths to feed this extended dry season is a blessing for them.

For Mapula, the cheetah with four cubs this opportunity to feed her family is exactly what is needed. At almost a year old her cubs hunting skills are improving and some of Mashatu’s guests were treated to an incredible sighting while out on drive as the family of cheetahs took down three impalas. Just a few days later I was lucky enough to be accompanying guests on the PhotoMashatu vehicle and witnessed them stalking and catching yet another impala. The vehicle was well positioned for the action and the guests came away with some incredible images.

The two lionesses with their six cubs were also seen frequently enjoying a meal or resting up in the heat of the day with full tummies.  Leopards too have been spotted frequently enjoying some of the bounty of food available. With all this food going around, the hyenas have been having a field day. A good thing since they also have some very cute young ones to feed.

Nature is an incredible equalizer, the rains will come and the fortunes will change giving the antelope a time to thrive but for now conditions favour the predators. For those guests who risked the heat and potential rain in November to visit Mashatu it’s been well worth it.

Photographs and text by: Janet Kleyn

Back in Hiding – By Kyle de Nobrega
July 4, 2015
Our Latest Wildlife Posts
Go to Top
This website uses cookies to improve your experience. We'll assume you're ok with this, but you can opt-out if you wish.
Cookie SettingsAccept All
Manage consent