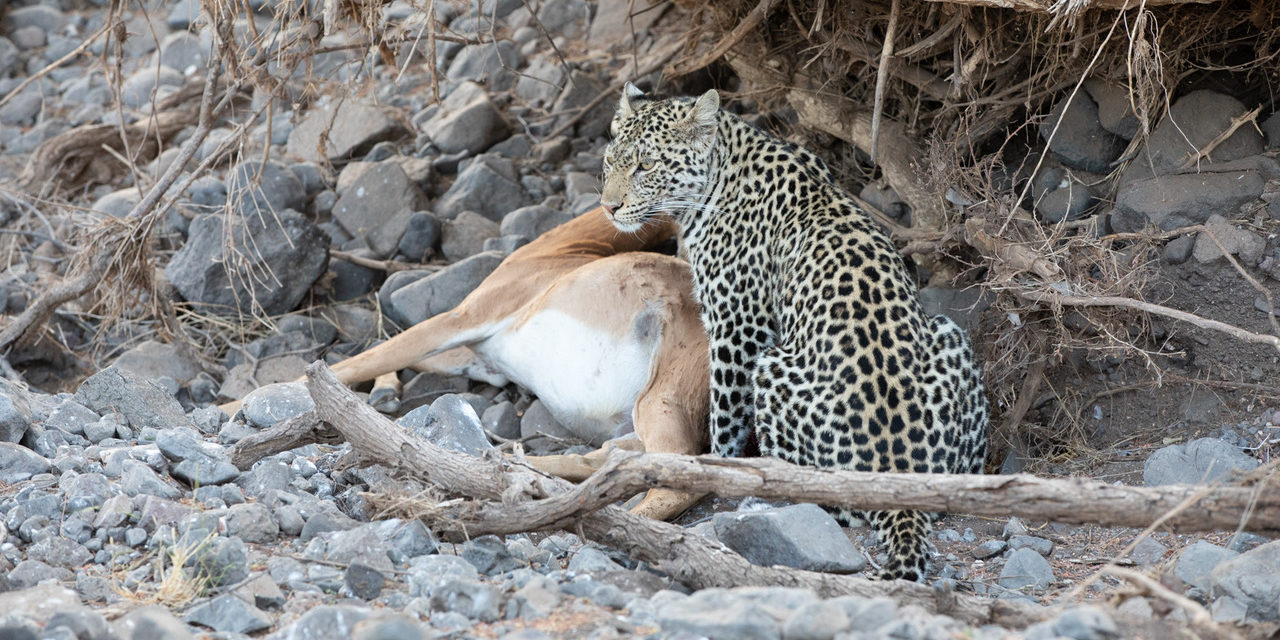 I first wrote about Mothoja, one of our female leopards, in June 2017. At seven years of age she surprised us all by giving birth to her first litter. Sadly one of the two cubs did not survive but we have many enquiries about the remaining cub.

We are pleased to share that this little female cub has, over the last year, grown from strength to strength and is finally starting to live independently of her mother.

Over the last few months she has been spotted alone many times, only joining her mother when there is a substantial meal at hand. We’ve watched as she kills the occasional guinea fowl or other small treat, but recently she was spotted on a large impala carcass, which she had killed alone, proving that she is now ready to move off and find her own territory.

As confirmation that Mothoja’s job is done, Mothoja has been seen mating with a resident male leopard. There is hope that we’ll be privileged enough to watch this beautiful leopard successfully raise many more cubs on Mashatu Game Reserve. 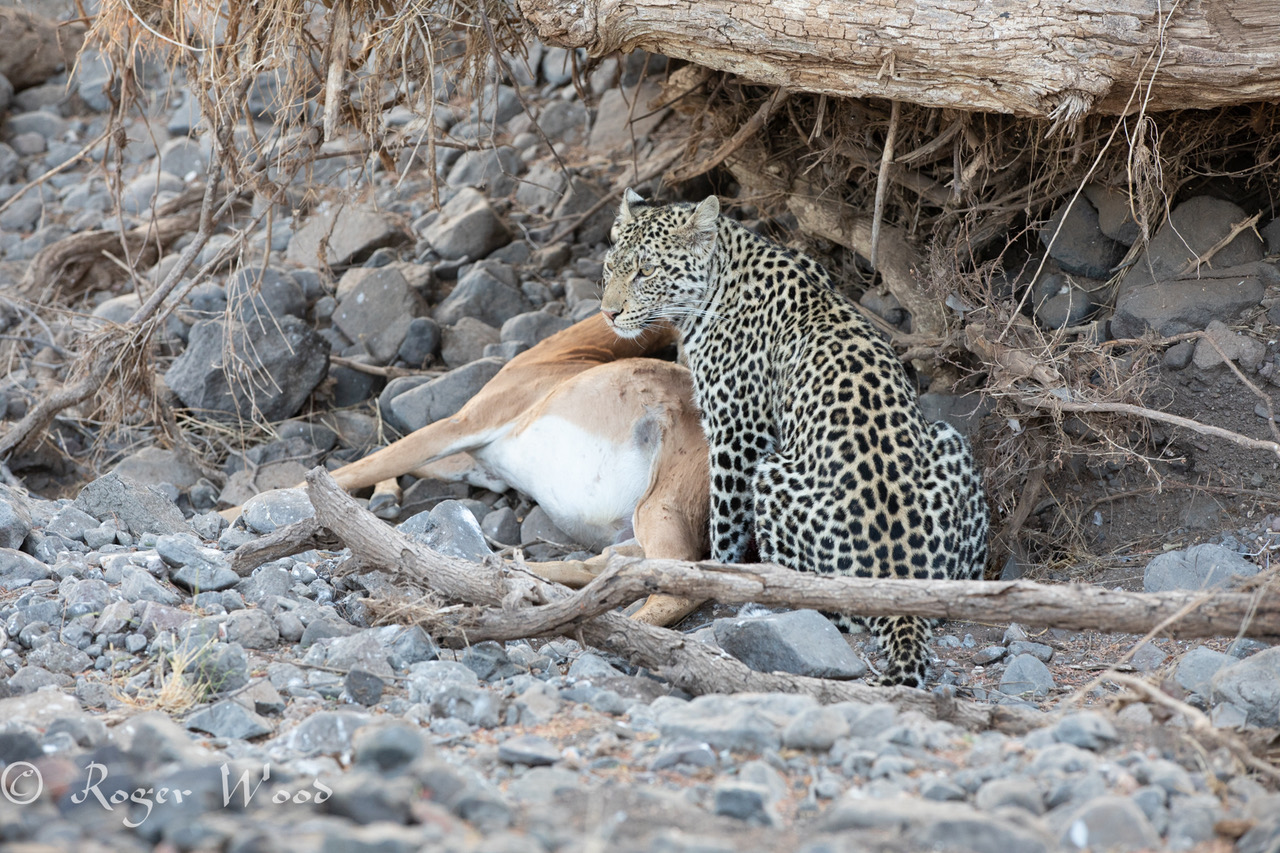 Mothoja’s cub, now fully grown and fending for herself 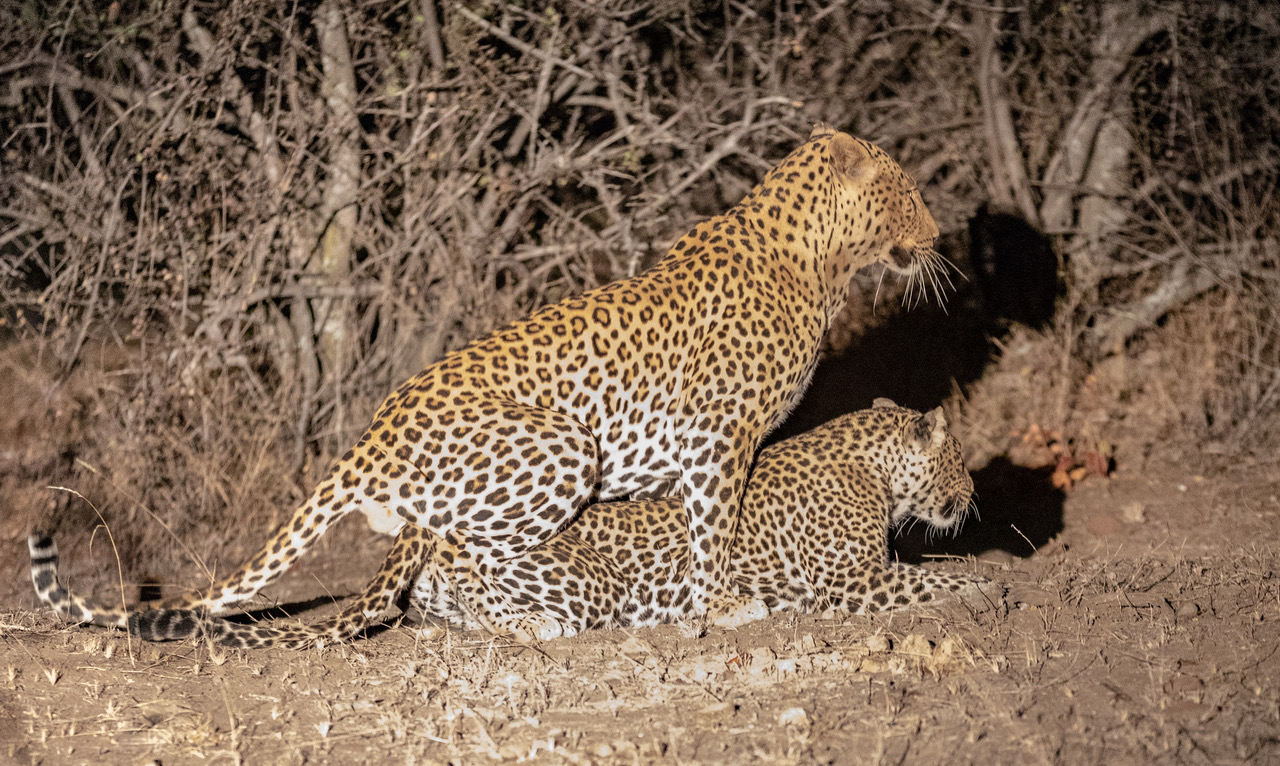 With one cub now successfully raised, Mothoja has started mating again; hopefully we get to witness many more successful litters from this incredible leopard.