Mashatu’s Next Generation of Big Cats 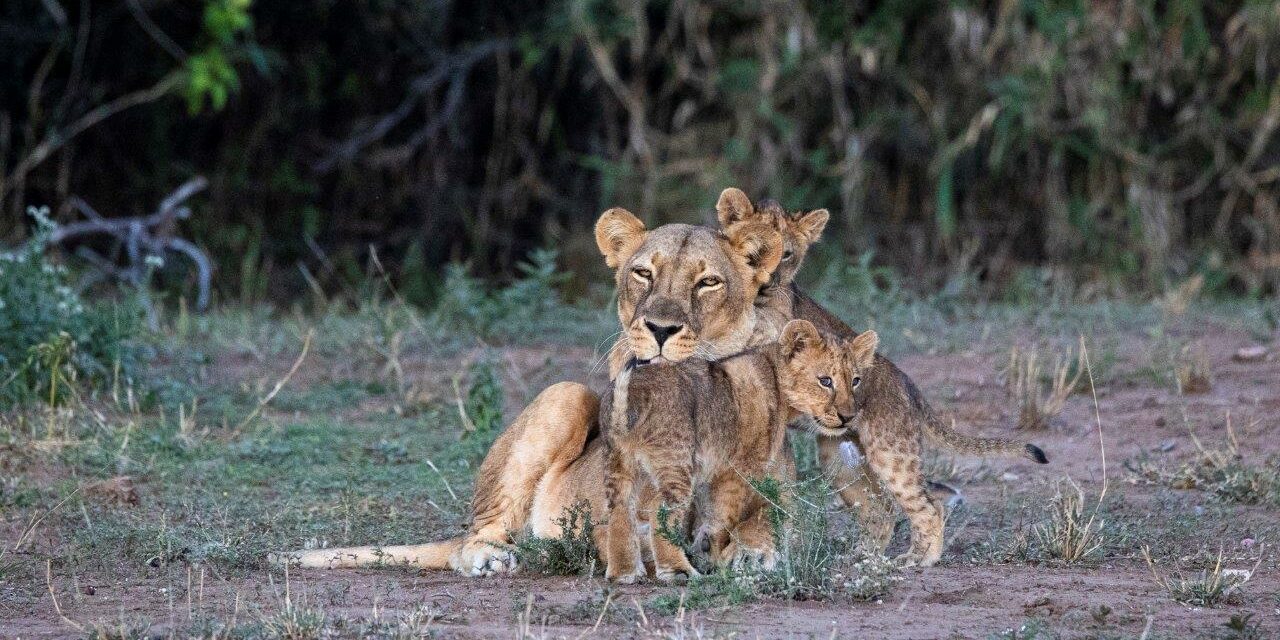 While there is so much to see at Mashatu Game Reserve, it is perhaps the high number of big cat sightings which astound and delight our visitors the most.

Probably the most sought after of the big cats are leopards, and it is not unusual to have more than two leopard sightings on a game drive. With two large rivers, the Majale and the Matebole running through Mashatu, we have kilometers of Riverine habitat. Dotted along the riverbanks are large mashatu, leadwood and fig trees – all perfect habitat for leopards to laze their days away. The pools of water in the rivers attract numerous game species to drink, and it is this combination that makes our leopard population thrive.  Recently, our guides noticed that one leopard appeared to be lactating. Knowing her habits well, they explored her favourite den sites which she used with previous litters, and before long they heard the unmistakable call of cubs from the hole of a fallen-down tree. After that it was a waiting game, and a few weeks later we were delighted when she allowed her two adorable young cubs to come out of the den. This allowed us to view them for the first time – always observing at a safe distance, and not disrupting them in any way. This leopard is well-known amongst the guides and very relaxed around vehicles, something she will pass on to her cubs. From that day onwards, they have given us many opportunities to view them. She has since moved them to a new den (with a vehicle in tow showing her complete trust in the vehicles) where the cubs are thriving. She’s an excellent hunter and will surely pass these skills on to her cubs as they get older. 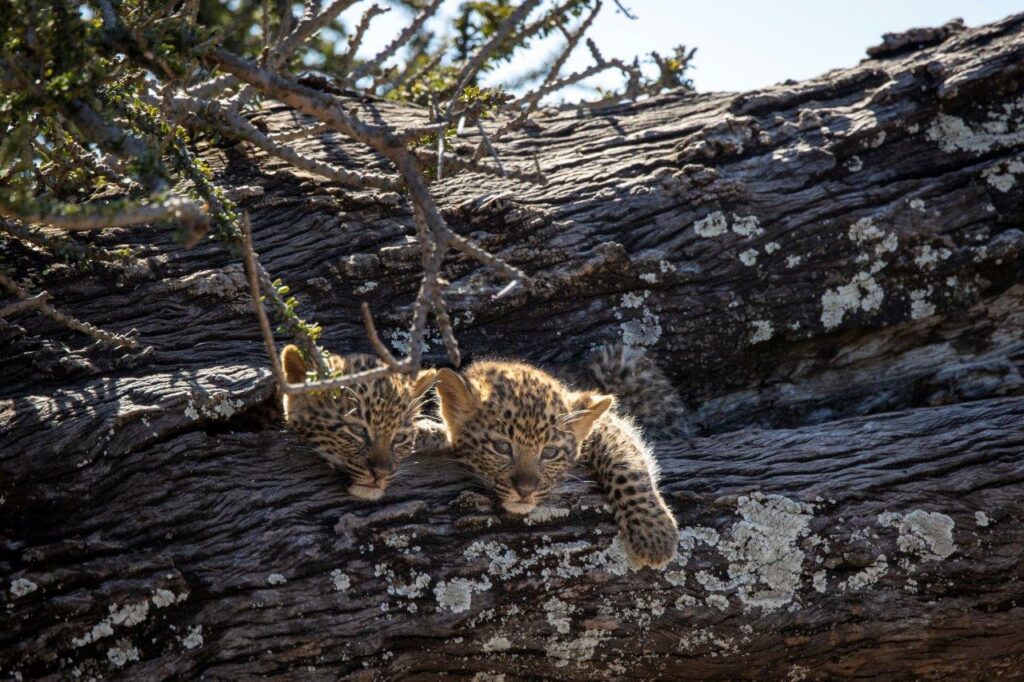 We have previously written about the two female lionesses who have broken all the textbook rules of lion behaviour. These two sisters have stuck together for years, having chased their mother and aunt out of the area. They have successfully raised more than six litters, always evicting them from about one year of age. This year for the first time, they have allowed another female to join them. We believe it to be one of their daughters from a previous litter. One thing they have always done which is typical of lions, is synchronize the birth of their cubs. In this case having them a month apart; a litter of three and a litter of two. The new female also had a single cub, but unfortunately this cub did survive. We suspect it was her first cub, and she will learn much from the older two females over the next few months about successfully raising lion cubs.

As with the leopard cubs, our guides used their knowledge of the lions in the area to find the den, by repeatedly visiting their favourite den sites until eventually they were spotted. Since then, we have had regular sightings of them playing and being curious, all part of learning to be a successful lion in the wild. 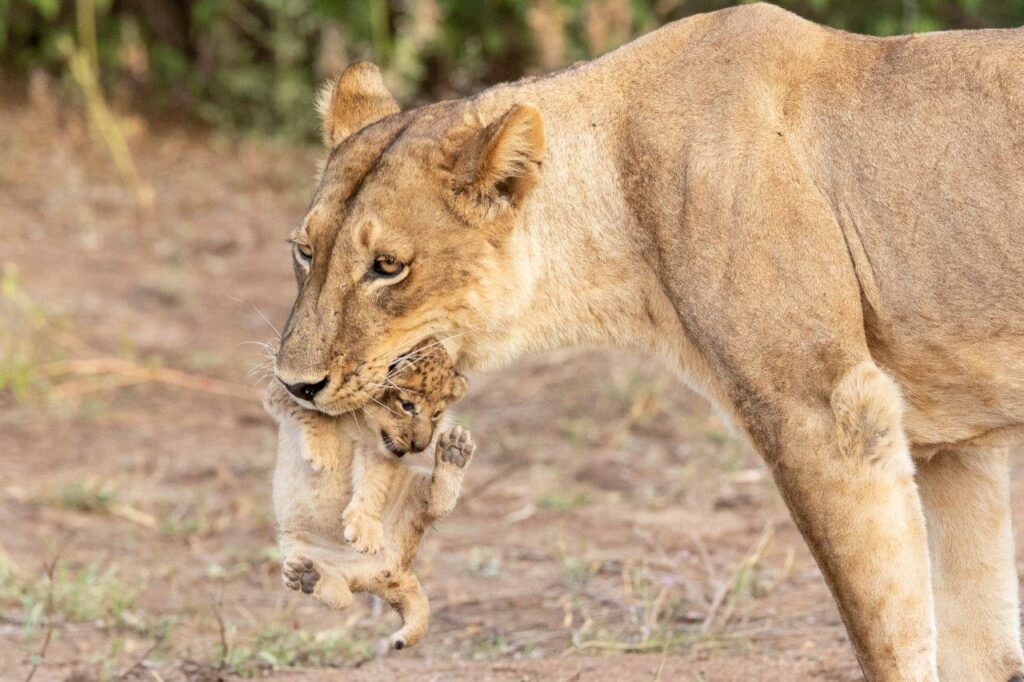 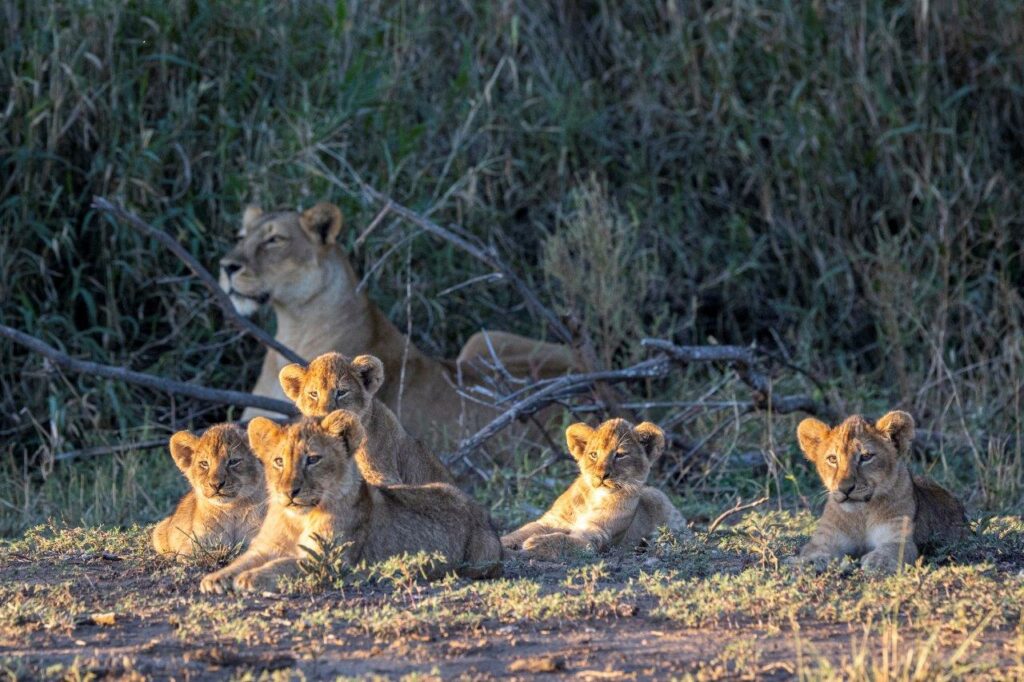 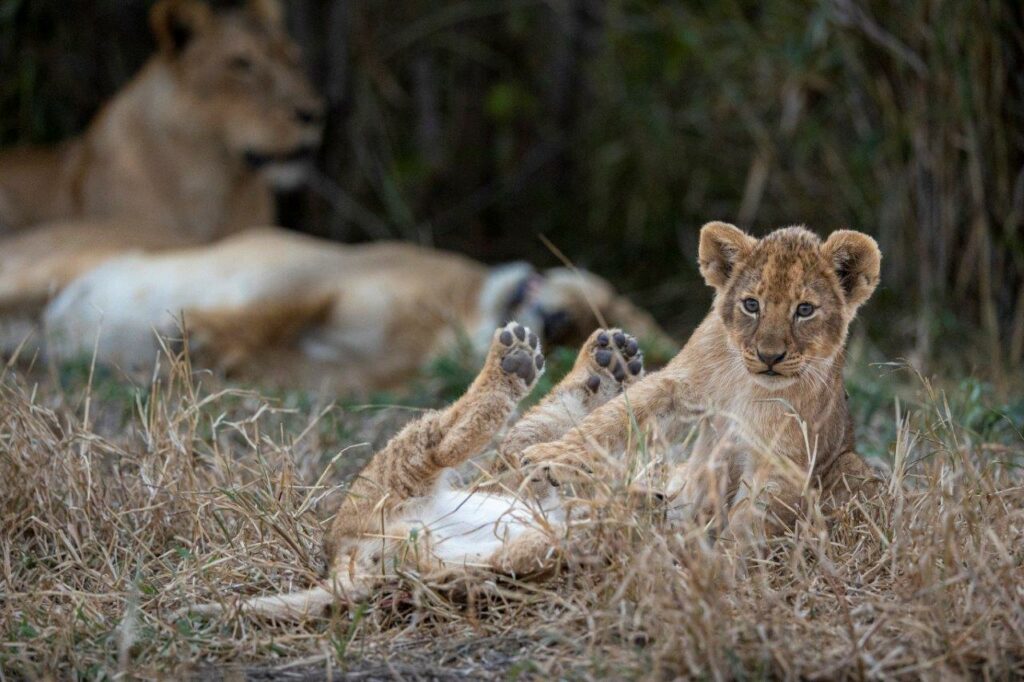 The smallest of the big cats are cheetahs, and it is well known that Mashatu has a healthy cheetah population. One female cheetah however, has been frequently sighted this year with her five sub-adult cubs – an incredible feat to raise five cubs successfully. They have reached the age where they have started to help mom with the hunt, but still have much to learn as their impatience sometimes spoils the hunt. The group is made up of 4 males and 1 female. The female has learnt the art of circling around and chasing the prey straight towards her mother. The lessons continue, and before long they will move off on their own. The boys will most likely stay together in a coalition with the female going solo in the way that cheetahs do. 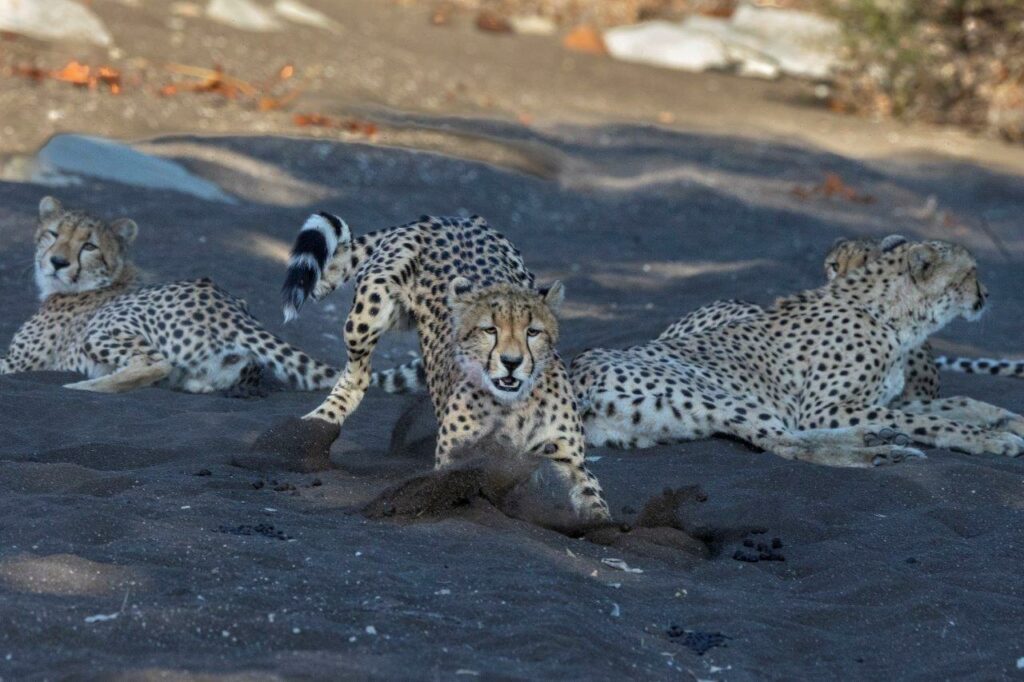 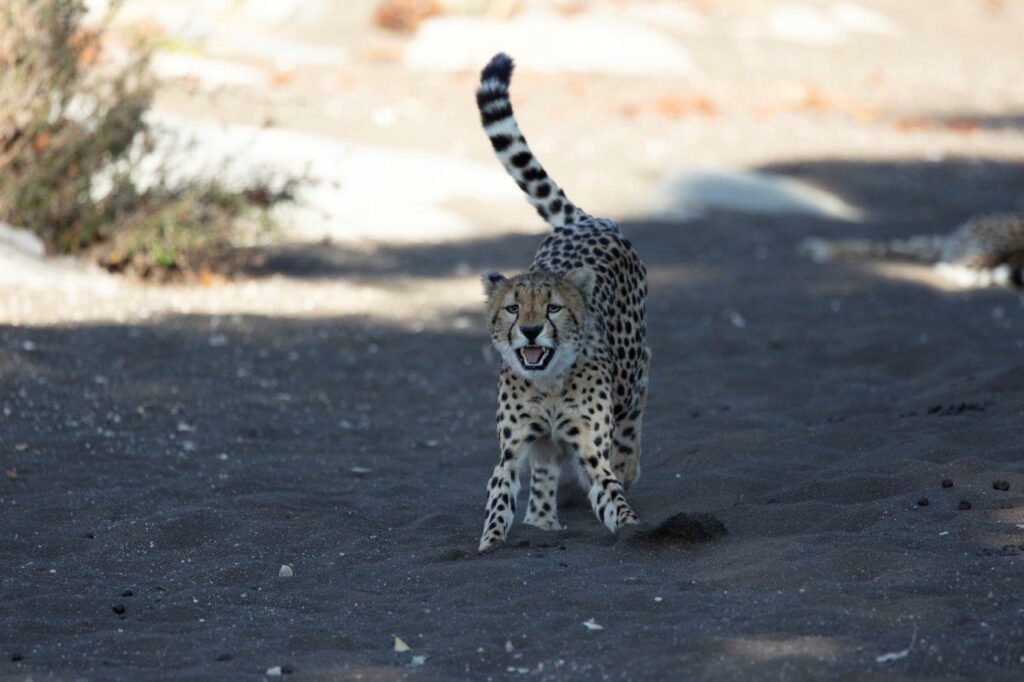 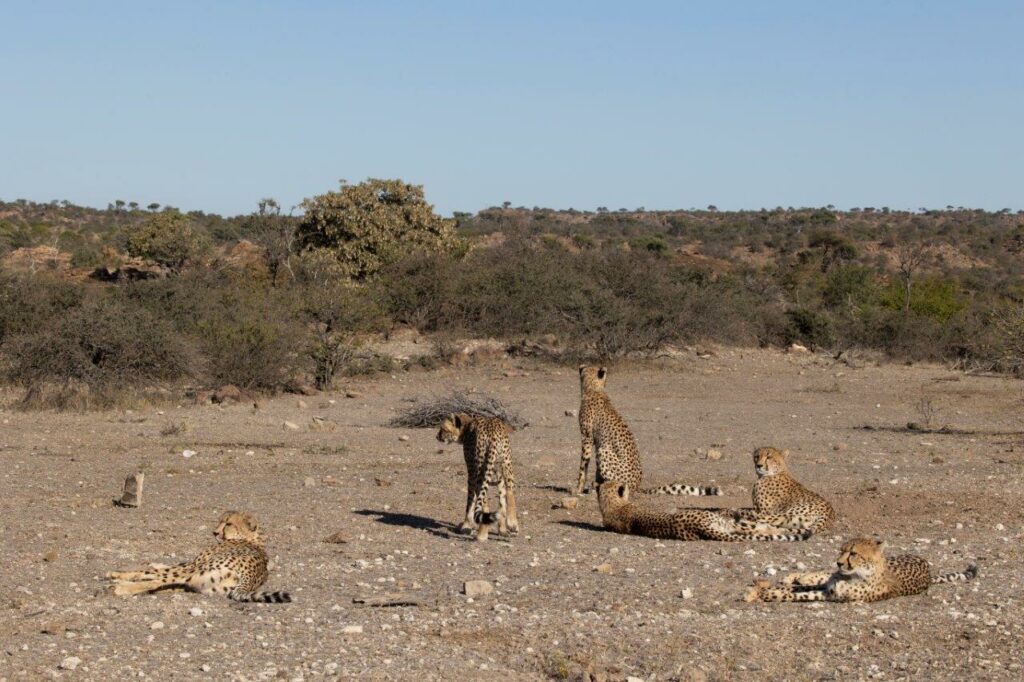 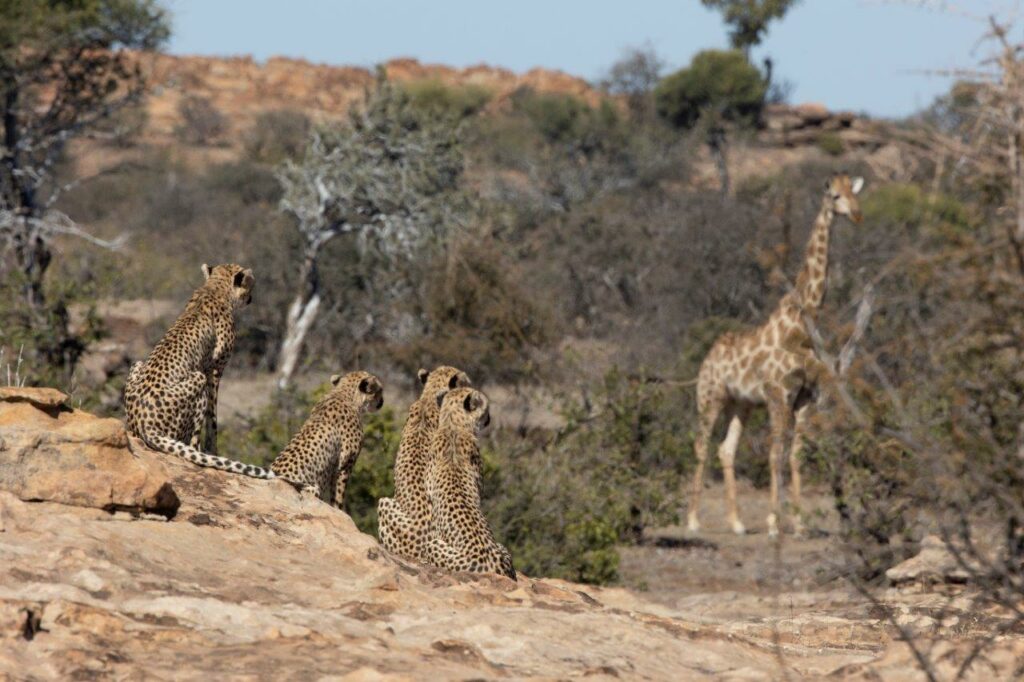 Welcome to Mashatu big cats of the future. You may be small and cute now, but you are the next generation of Mashatu’s big cats, who will enthrall visitors to Mashatu as they observe you living wild and free, the way nature intended.