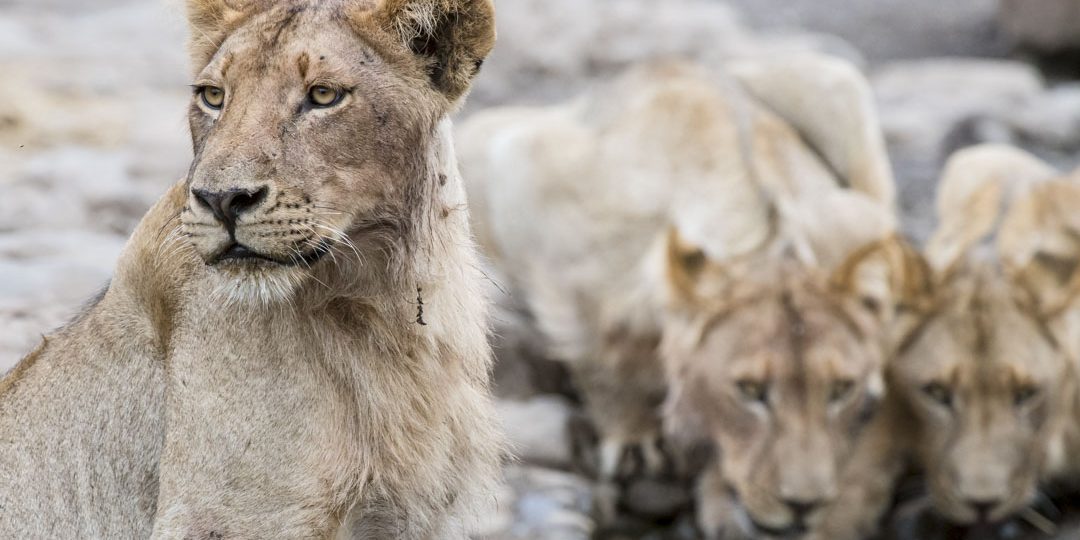 If there’s one thing Mashatu has taught me, it’s that nature does not always follow what we read about in textbooks.

Take the two lionesses that many guests have had the privilege of spending time with. They separated from their siblings a few years ago and have been alone since. About two years ago they had three cubs each a month apart. Synchronized breeding is common in lions and is handy for the mothers who mutually suckle each other’s cubs. They did a wonderful job of raising these cubs to about 9 months of age.

Normally the female cubs will stay with the pride forever and the males will be ousted at about three years. Inexplicably these two lions pushed their six cubs out at about nine months. Initially they would tolerate them nearby and even share a meal but over time they have become less welcoming. They do however still share the same area.

We were very concerned about the cubs when they were first left to their own devices but despite the odds they have all survived and are doing well. I watched in awe recently as they took positions around a herd of Wildebeest in the hope of catching one. Two went ahead, two on the flanks and two behind. This time they were unsuccessful but their condition tells us that they are hunting successfully on their own.

Interestingly, the two females have been seen mating with the dominant male since shortly after they pushed the cubs out a few months ago but neither has shown signs of lactating yet.

It will be fascinating to see what happens as time goes on. The group comprises three females and three males. The books tell us that by about three years of age the boys will need to move out of the area as their father will no longer tolerate them. They’ll also need to separate from the girls who will start coming into oestrus. Will the girls be allowed to join their mothers again or will they also be forced to move off?

Only time will tell and we’ll all be watching with interest. These two females certainly haven’t read the books and continue to do things their own way.

Images and text by: Janet Kleyn