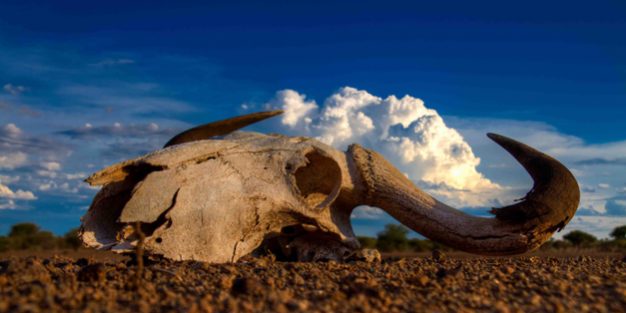 The end of March finally saw a soft downpour in certain areas of Mashatu. Rainfall of between 10-15mm was estimated in these areas, and various small drainage lines, feeding into the Majale and Matebole rivers, were flowing. Temperatures are rapidly cooling down, with mornings becoming a bit nippy on the open vehicles and midday is sunny, but no longer scorching hot. Evenings are just perfect.

Most of the trees are shedding their leaves, and a there is a true sense of winter being on its way. The waterholes around camps and along riverbeds are becoming increasingly more active, and the impact of browsers and grazers on the vegetation around these areas is becoming apparent. In dry seasons it’s not a lack of water that could kill animals, nor the quantity of food, but rather the quality of these resources. If water pockets are far and few between, animals need to travel much further to find the areas with suitable feeding that can support their nutritious requirements.

Carnivores, on the other hand, do not have it all that easy in dry periods. If prey moves out of a leopards’ territory, for instance, that specific individual can’t simply follow the herds as this will cause the cat to come into conflict with the neighbouring individual, leading to serious intra-competition. Everything in nature is extremely inter-related and knock-on-effects are commonplace, especially in winter months. Hopefully there are more rains coming, but the growing season for vegetation is also coming to an end, so who knows what will happen.

Game viewing was excellent in March. A total of 24 kills, made by large carnivores, were found and some were even witnessed! The famous cheetah mother with five cubs was seen feeding on six impala during March, with the Coalition of three males seen feeding on one impala. Lions accounted for 5 kills: 3 zebra, 1 wildebeest and 1 warthog. Leopards accounted for 7 impala, 2 warthog and 1 ground-hornbill.