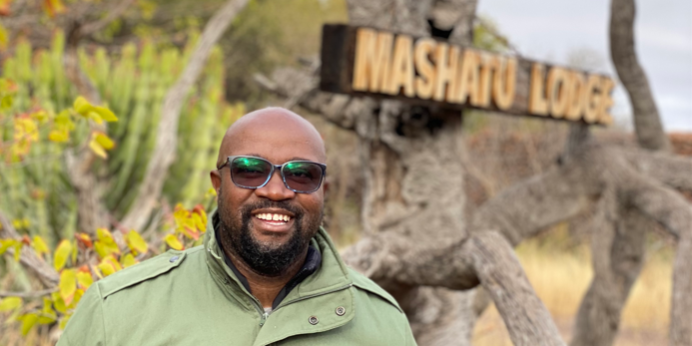 My love for nature goes far back to a very young age. Just like many young boys in Botswana, it all started at our farm where, as a young boy, I herded goats and later graduated to cattle. Taking care of livestock teaches a young boy many skills. While the cattle are feeding, you have plenty of time to learn about your environment, studying tracks and signs such as scat and dung of the wild animals that share the same space. These are essential skills for any boy herding nearby wildlife areas, as they are able to detect imminent danger such as predators in the area.

In addition to the hours spent herding cattle, my father worked for the government as a veterinary fence foreman and used to take us children along to their camps in the countryside during school vacations. There was often game to be seen in these areas such as kudus, warthogs, impalas and scrub hares, to mention a few.

While still at school I realized I have a passion for nature, so after completing my high school, I opted to study a Diploma in Travel and Tourism. Finding a job in the safari industry at the time was quite challenging, as most safari companies hired directly from the local villages on the outskirts of their reserves, in an effort to empower the local people.

I was fortunate to come across an article with an advert from Mashatu Game Reserve in one of the local newspapers. They were looking for local young volunteers to assist with the live streaming from the old Pete’s Pond. I did not hesitate and although it was a volunteer position, I applied and was accepted.

My main duty was to man the live web cameras as well as communicate with the viewers all over the world. In return for my volunteering, every weekend I was allowed to stay at Mashatu Lodge or Tent Camp as a guest, participating with and joining guests on drives and for meals.

It was over those weekends that I met the guides and trackers working there. They inspired me and were very helpful in advising me on how to become a tracker and guide. After six months my volunteering program came to an end, as we had to give other local volunteers a chance. I immediately moved to Maun where I enrolled for a professional guiding course and within six months, I obtained my guiding license. 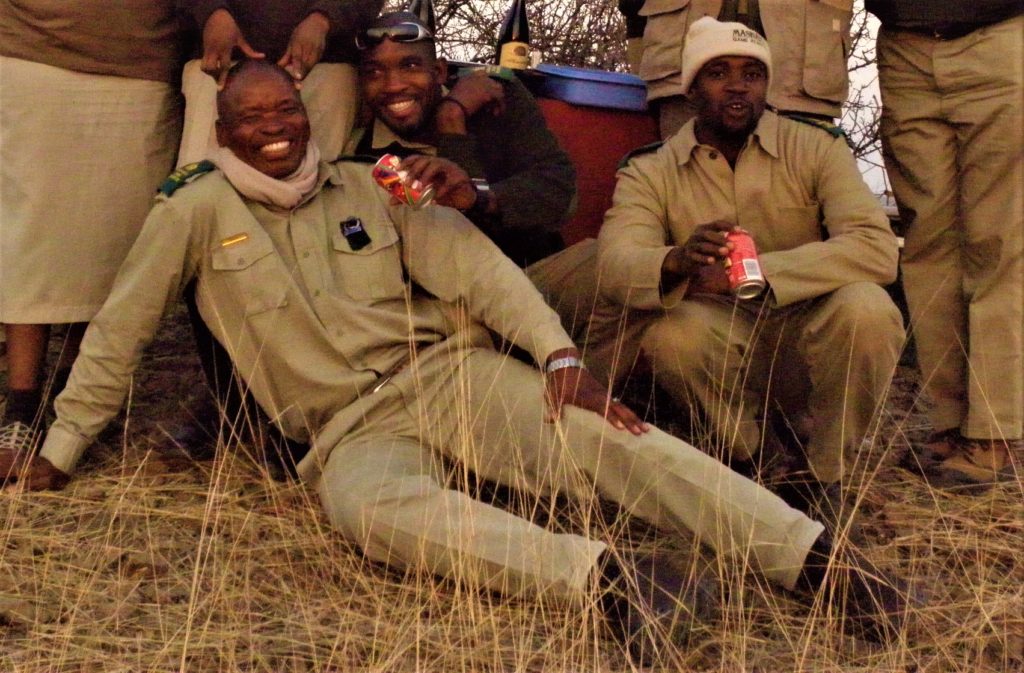 2009, Lops when he was a tracker with guide Bashi and and Abel who was a barman at the time. All three are still employed at Mashatu. Bashi is a legendary guide, Abel is now a tracker and Lops manages the Mashatu Lodge.

I called the then Mashatu Lodge Manager to tell him of my achievement and showed an interest in returning back to the Land of the Giants. Luckily for me they were looking for trackers and I was employed as a tracker, a position I held for close to a year before I was offered a lodge management training course by one of the safari companies up North of Botswana. When I shared the news with Mashatu managing directors, they gave me the green light and blessed my move to the Delta, as they anticipated that I was going to be back again someday.

It was in 2009 when I started my Level 1, 2 and 3 lodge management course and guiding course. Both courses were for a duration of a year whereafter I started working in different camps for the same company as a trainee lodge manager and trainee guide. I was promoted to lodge assistant manager, managing various departments, a system used to ensure trainees get all-round exposure. By the end of 2010 I was managing smaller camps before being promoted to their classic camps and eventually a premier camp in the Okavango Delta, where I worked as the lodge manager for nine years.

In 2017 I decided it was time to move closer to home and at the same time Peter Bale, the then Mashatu Lodge manager, contacted me looking for referrals for an assistant Manager. I realized then that I was ready and available for the position and the time had come to return. I applied and it was not long before I was back at Mashatu Game Reserve where my journey began.

Soon after returning, the manager was promoted and that paved the way for my appointment as the new Lodge manager of Mashatu Lodge – a dream come true. 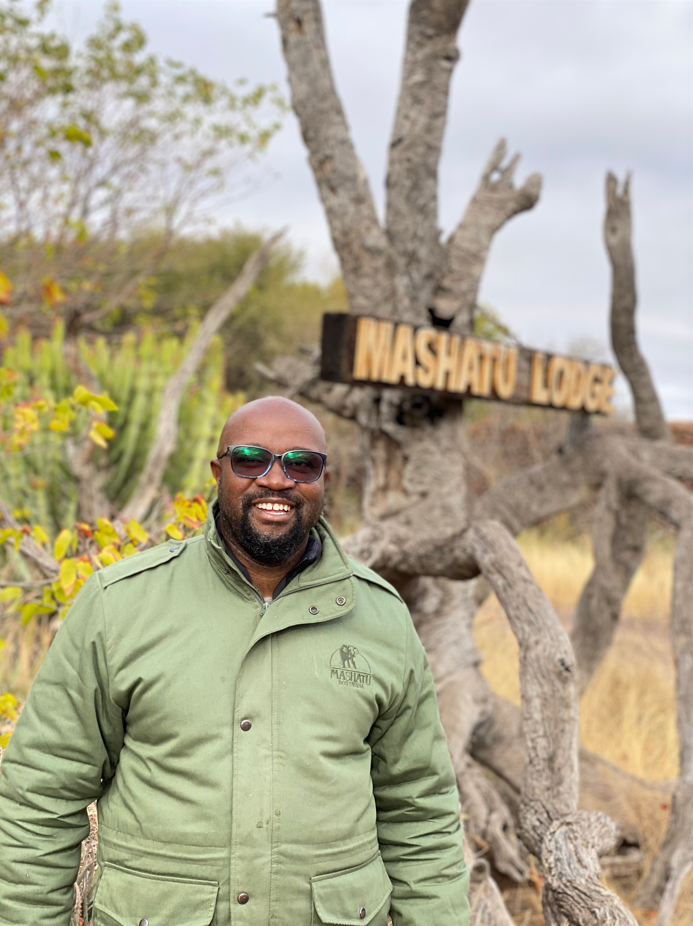 2021, Photo of Lops in his new role as Mashatu Lodge manager.