Leopards at the PhotoMashatu hide 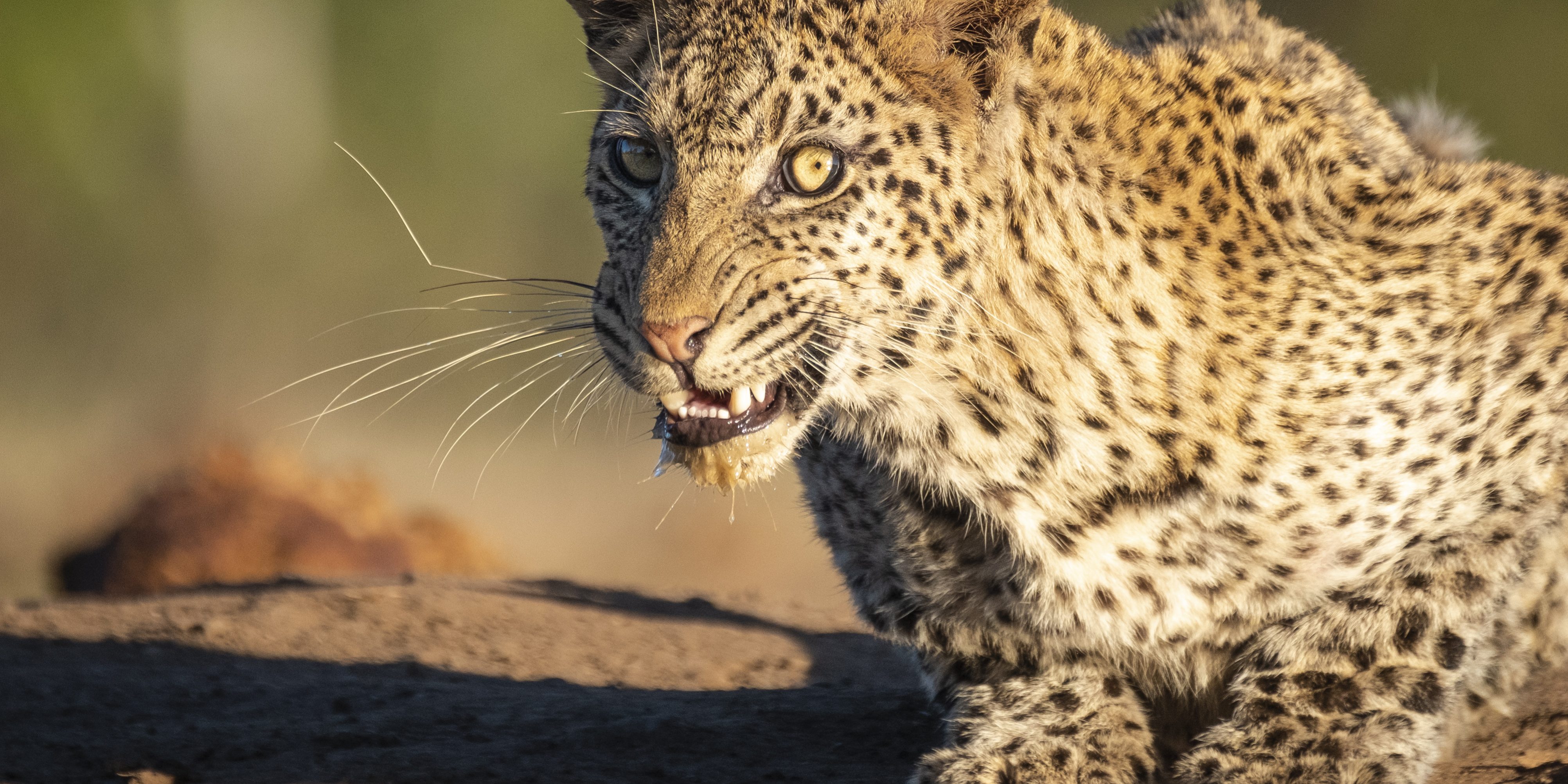 Our photographic hide at Mashatu is probably best known for the incredible elephant sightings. In addition to elephants, the PhotoMashatu hide is frequented by various other species, such as Impala, Kudu and Wildebeest. As the dry season continues, some less frequent and normally shy visitors start joining us, such as steenbok, klipspringer, giraffe and zebra. Having been in action for 7 years now, there is always a constant stream of wildlife.

However, predator sightings have been known to be a little more rare, with the most common predator being the spotted hyena. Cats are considered to be a scarce sighting for the lucky few.

Yet, this all seems to have changed over the last few weeks. A female leopard and her two sub-adult cubs have been hanging around the area and they have each been spotted at the hide on a few occasions.

It’s always special seeing a leopard, but having one drink so close to you at eye level is an unreal experience, not to mention the photographic opportunity. We are most delighted to see that all three are fairly relaxed and not concerned about the photographers close by. Here’s hoping they become regular visitors on a longer-term basis!

Note: A few months ago I wrote about a leopard we call Mathoja and her cub. This is Mathoja’s sister and her two cubs.