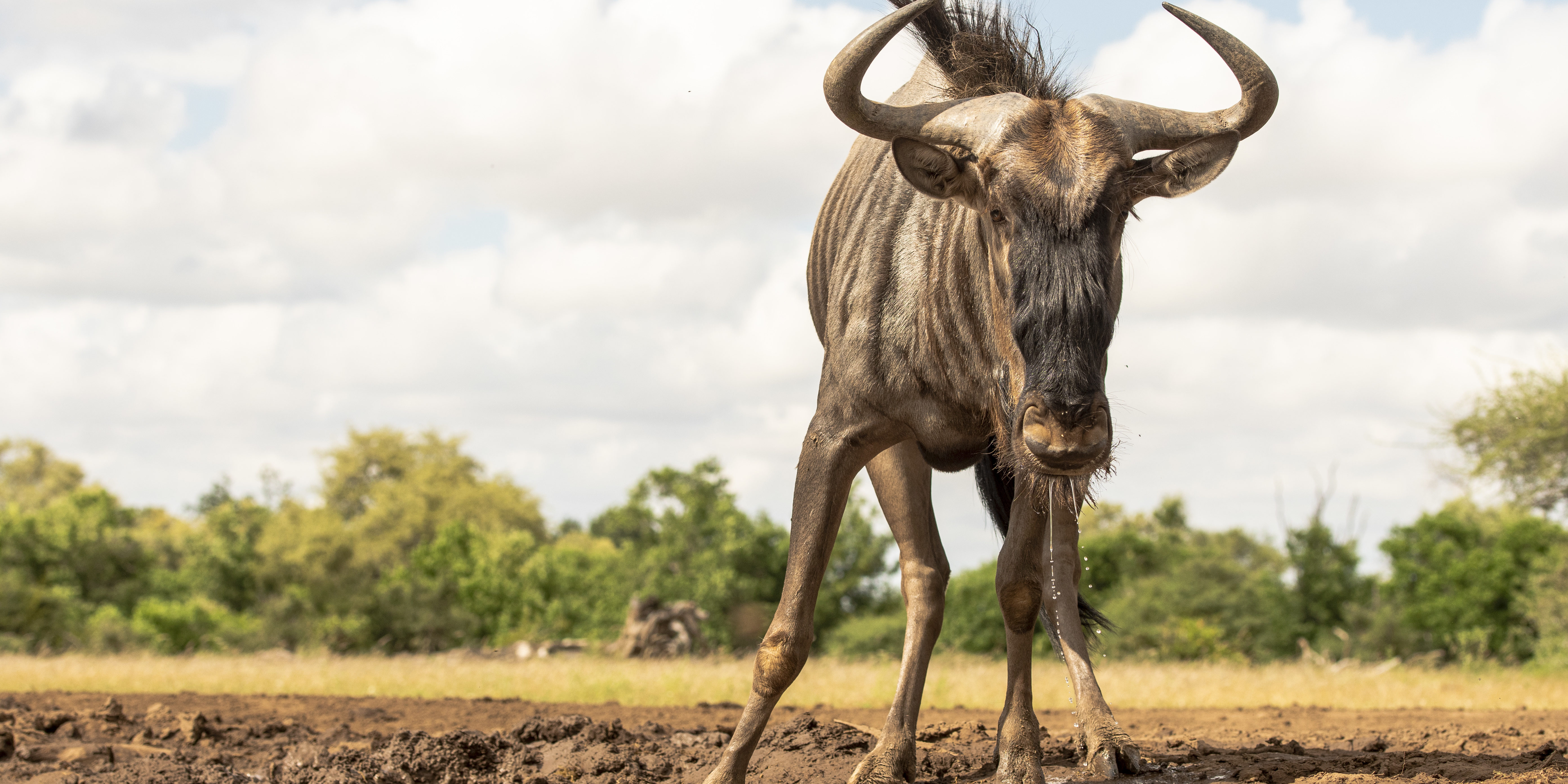 According to African legend God created Wildebeest using left over parts of other animals. There are many different versions of what He used, but a favourite version includes the head of a locust, horns of a buffalo, body of a cow, tail of a lion and legs of a goat.

Despite their somewhat strange appearance, they are a very attractive meal to larger predators such as lions. Wildebeest have been around for millennia and experience has made them wise. To reduce predation of their young ones, females will all give birth within the same 2-3 week window, ensuring they can protect all the calves at once. Calves are born precocial, meaning they can walk, run, hear and see within a short period of being born.

Blue Wildebeest, are also known as Brindled Gnu – Brindled due to it’s dark stripes on it’s neck and back and Gnu is an onomatopoeic word derived from their vocalisation which sounds like “gnuuuu”. The Xhosa say “i-ngu“, and the Bushman know him as “!nu“. Locally in Setswana it’s called Kgokong. 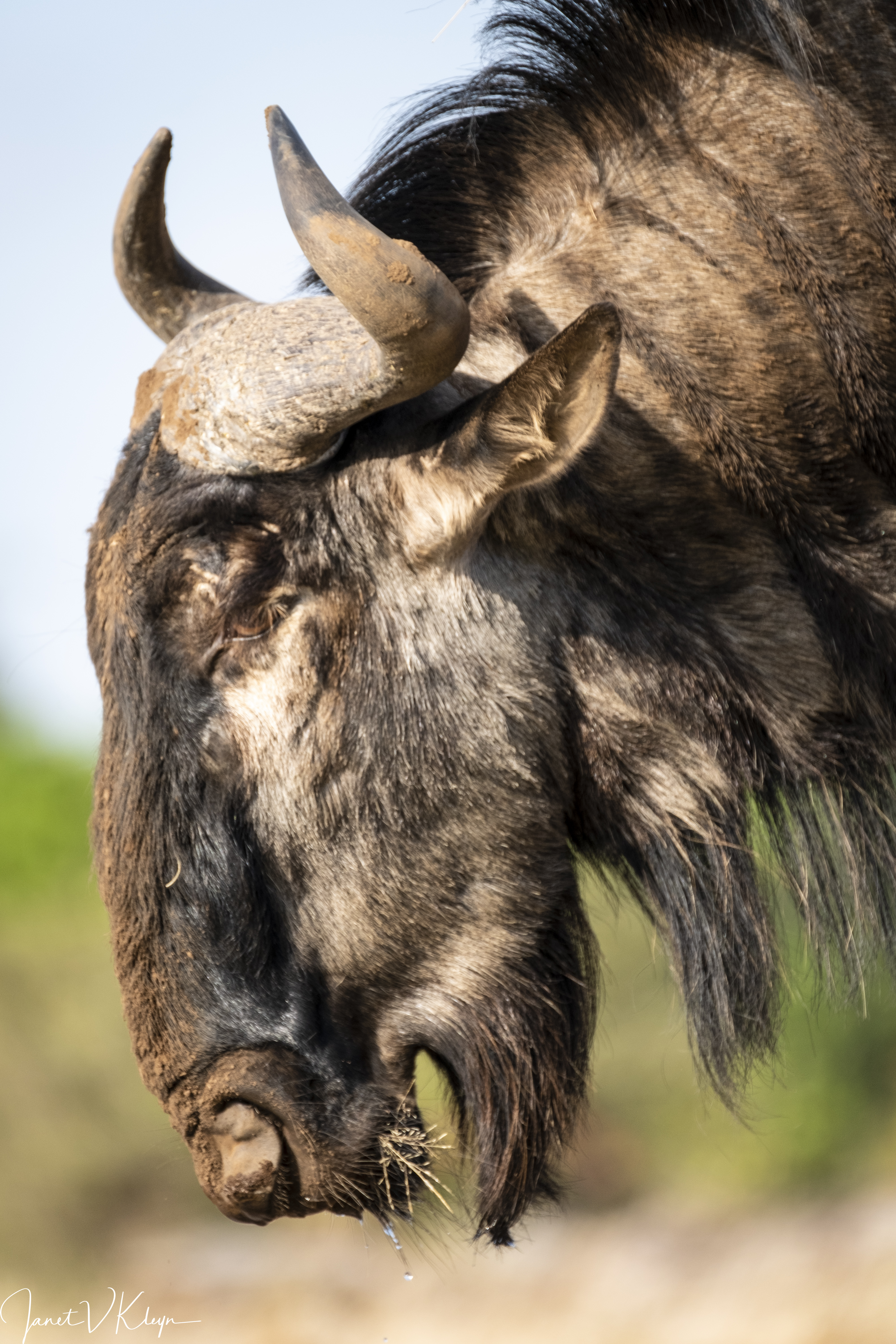 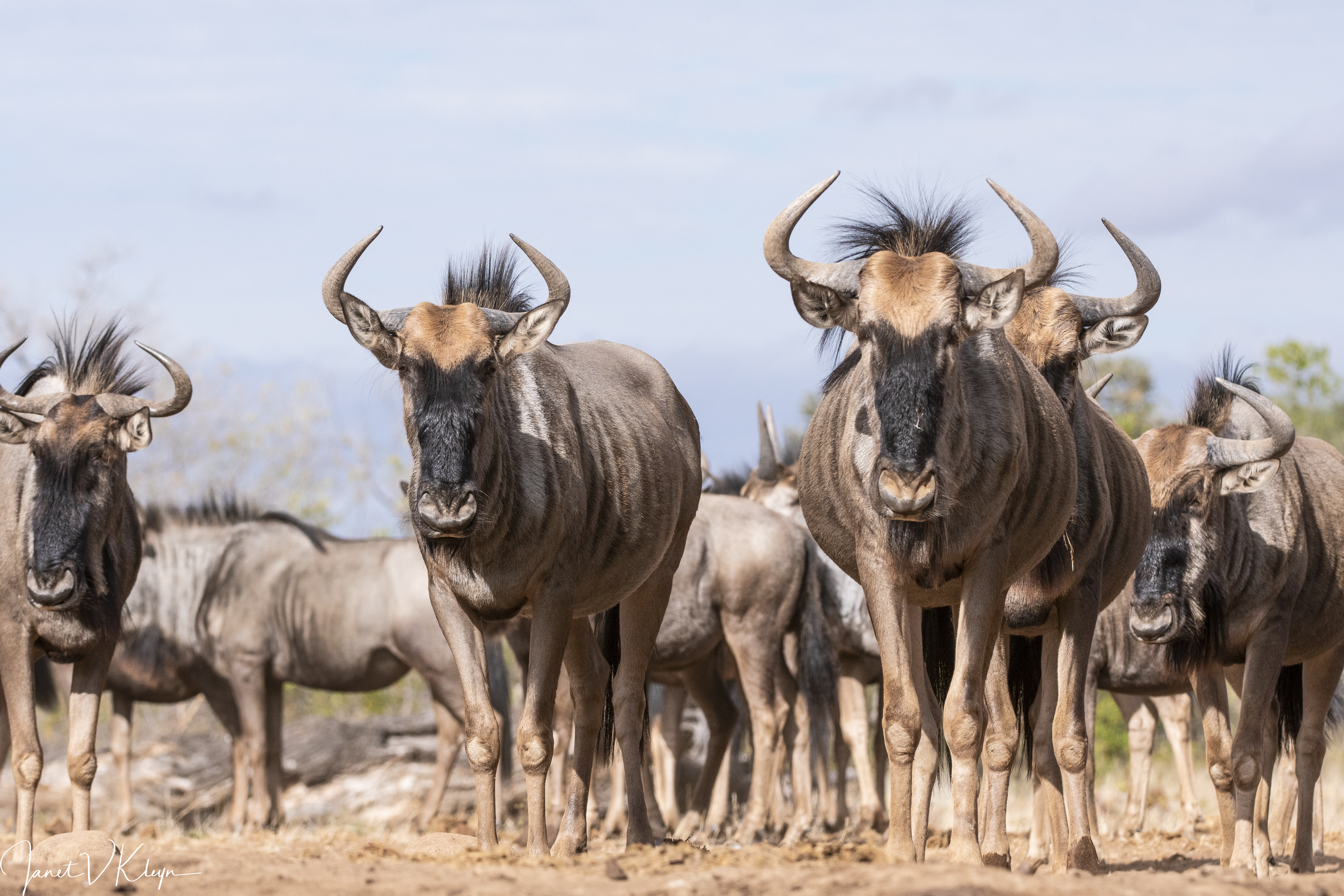 There’s even a song about Gnu’s written by Michael Flanders and Donald Swann which was sang in an epidode of The Muppets.