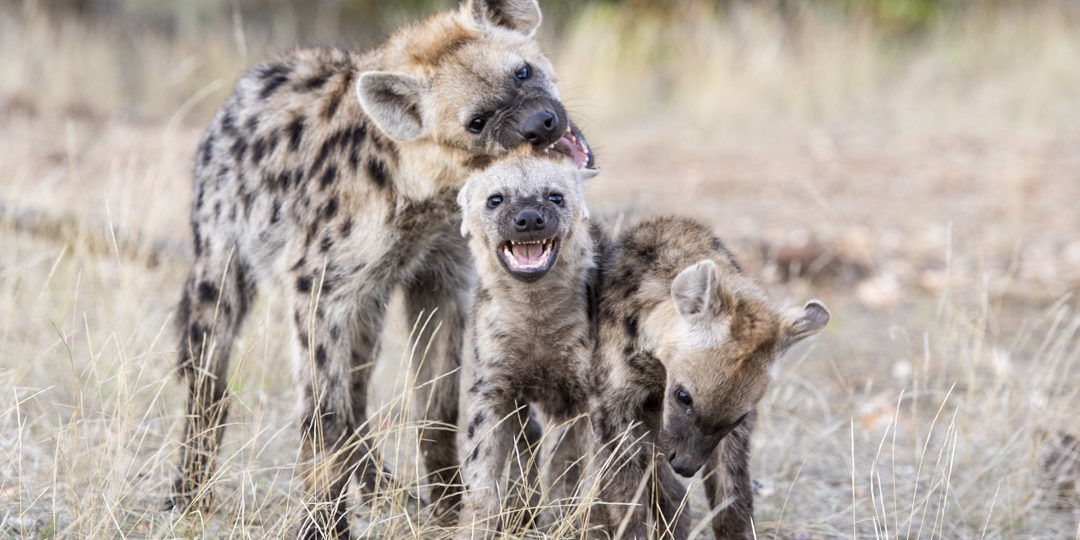 Mashatu is home to two species of hyena, the spotted hyena and the brown hyena. Arguably the most successful large carnivore, spotted hyena are seen regularly on the reserve.

Spotted hyenas live in clans dominated by the larger and more aggressive females. The lives of these clans focus around a communal den where all the females keep their young. Spotted hyena are seen regularly on drives and from our photographic hide, with occasional sightings from bicycles, on foot and horseback.

Brown hyena, the rarest species of hyena, is also seen on Mashatu Game Reserve. In recent weeks there’s been a number of sightings of them in areas they’re not normally seen, suggesting that their numbers are growing. They too live in clans, but unlike their spotted counterparts, their social hierarchy has an alpha female and an alpha male.

The only major predator of hyenas, both spotted and brown, are lions. One of our dominant male lions in Mashatu is known to have no time for spotted hyenas and when he comes across them, he shows no mercy.

Perhaps because of this, our spotted hyenas tend to den around the fringes of his territory, well away from danger, but close enough for guests to spend time at their dens watching their adorable cubs interacting with each other. 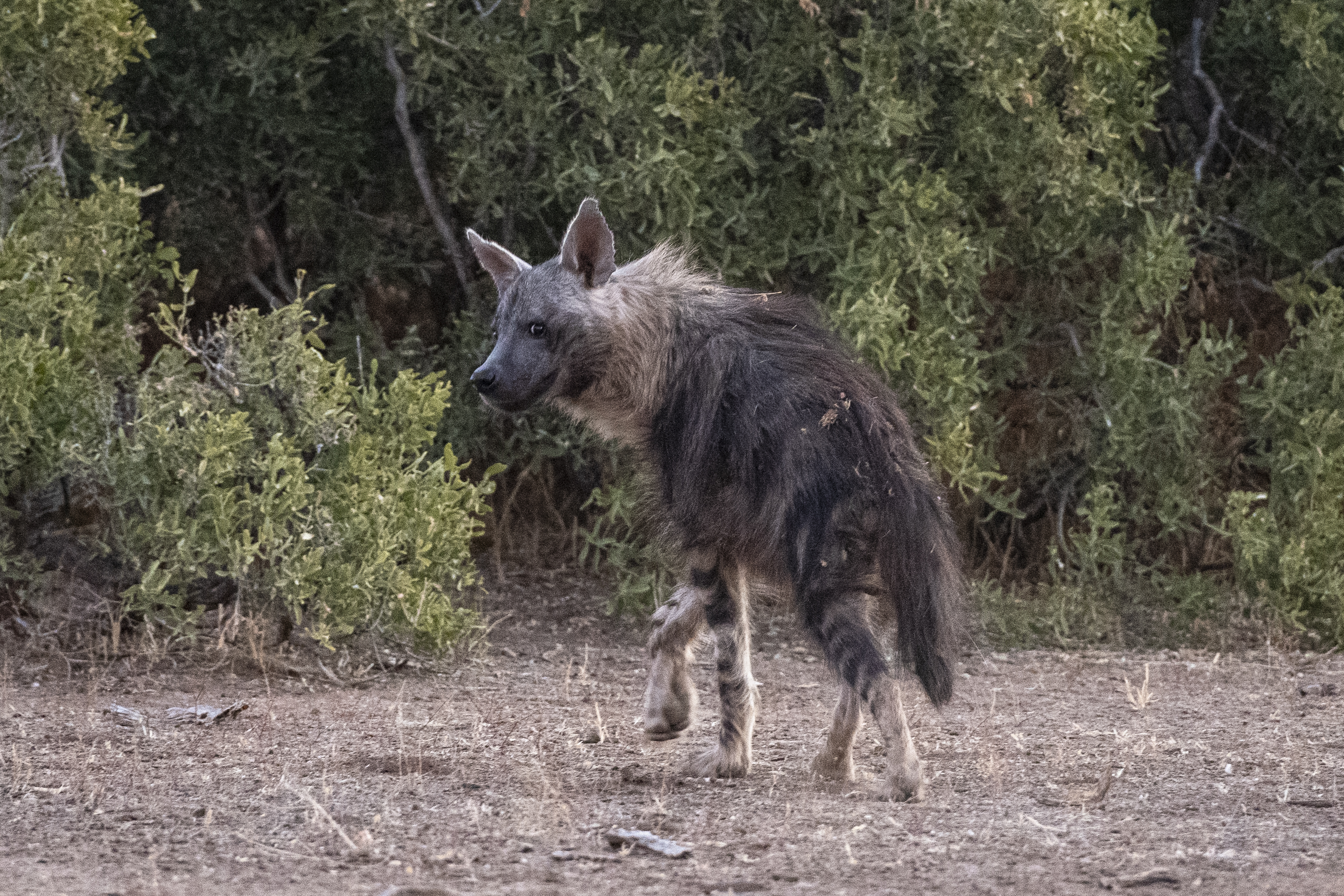 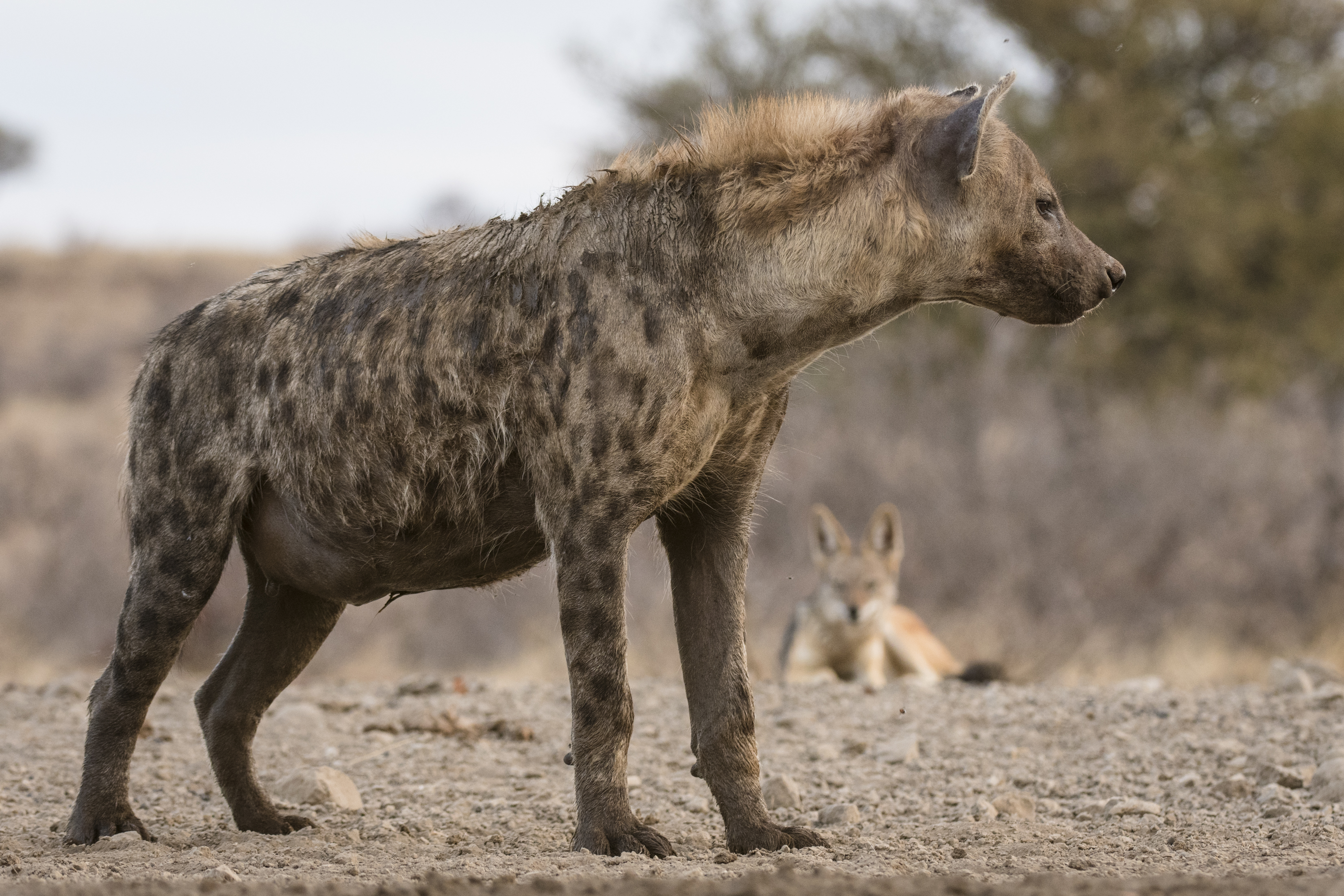 Images and text by Janet Kleyn