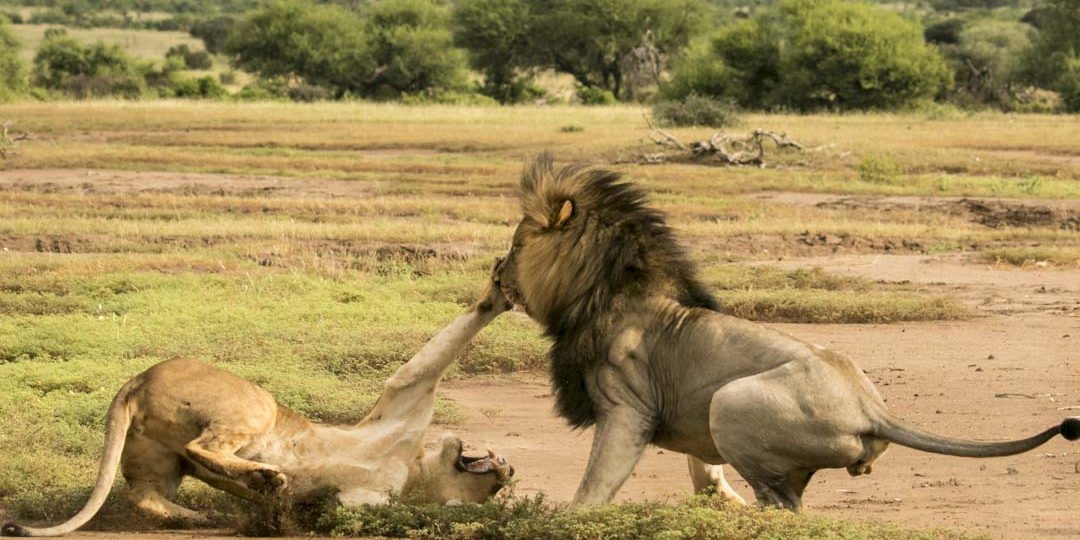 For guest, Elisabeth Draisey, the tips and help she picked up from our resident photographer, Janet Kleyn, after two days on the photo vehicle certainly proved useful. Just a day after her time with Janet, she was lucky enough to witness some great interaction between a group of lions and she captured a great sequence of story-telling images.

It all started with a young cub was being somewhat mischievous with his father.

Naturally, dad took offense and turned on him.

When her sister noticed what’s happening, she too turned on the male lion.  With two against one he looked rather silly trying to turn his back on them.

There was quite a battle before things settled down in the family again.