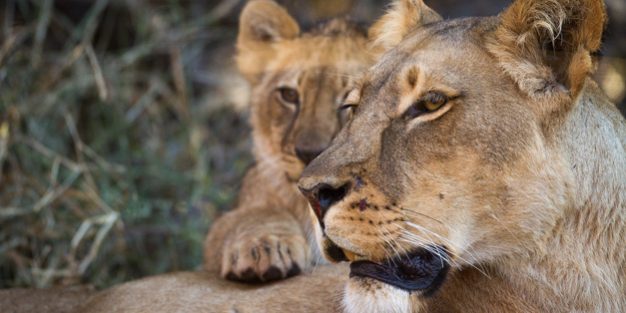 This past week has been a great week of dinning for the three cubs and their mother. The lioness took down an Eland a few days ago which herself and her three rapidly growing cubs have been feasting on since.

One of our initial sighting of the lion cubs, still tucked away in thick bush

The cubs, consisting of two males and a female have provided guests at Mashatu with great sightings over the past few months. From a very young age the lioness has allowed vehicles to view her cubs and witness their progress. The lioness has proven thus far to be an incredible mother to her cubs, as they appear to be growing stronger ever day.

One of the three cubs at present, growing strong

The formation of a new pride comes naturally with the distinction of new territorial boundaries.  As the cubs continue to grow the lioness will be faced with some challenging decisions and only time will tell what these decisions will be.

The lioness and one of her cubs