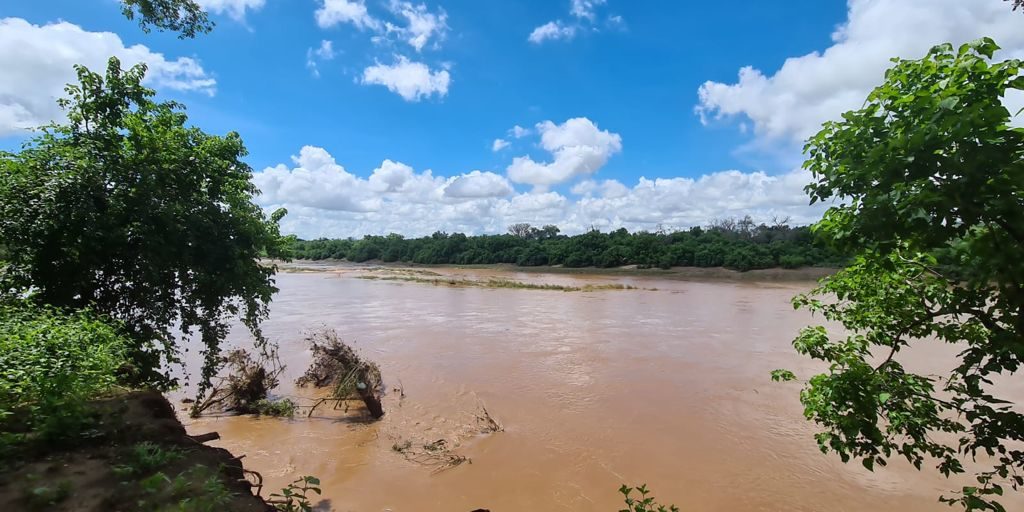 Mashatu Game Reserve is situated in the eastern extremes of the Kalahari Desert, which forms the upper part of the drainage basin of the Limpopo River.  With an average of 92% rain-free days a year, it normally only flows for about 40 days or less.

The start of 2021, however, has been different. As if mother nature knew that the world was in lock down and our beloved clients were not around, she unleashed more rain than we’ve had in many years. Small tributary rivers as well as the Limpopo River, that usually run dry throughout the year, have been flowing to the brim. 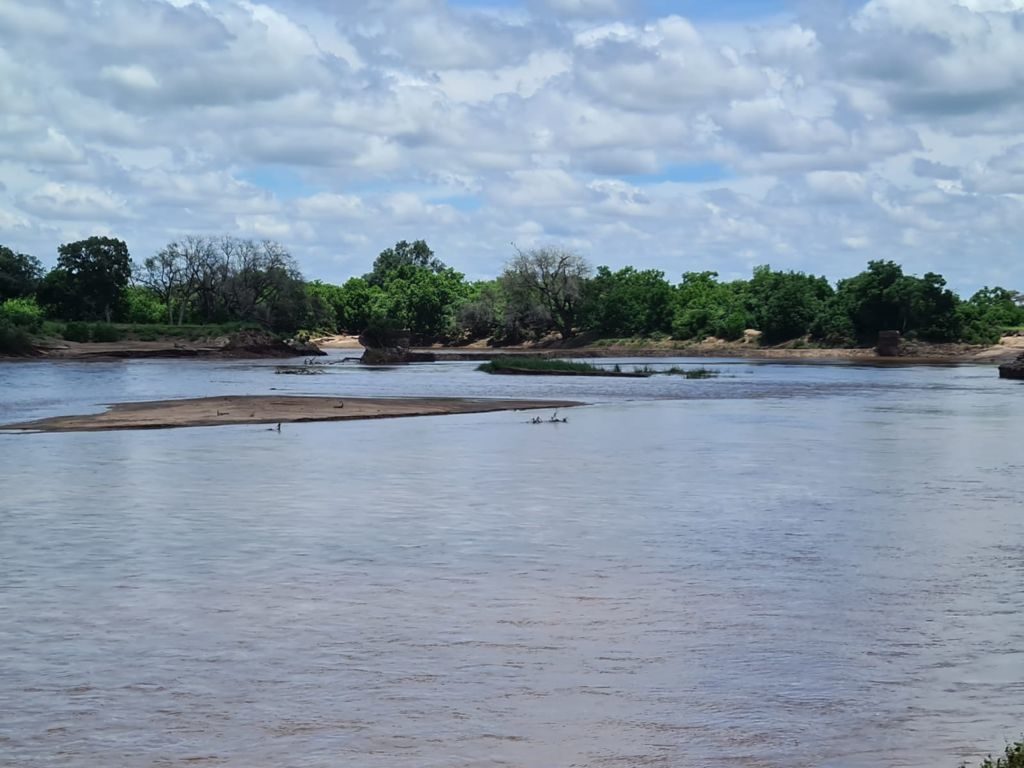 The Limpopo River, coined the “Great Grey-Green Greasy Limpopo River” by one of the most well-known British writers of the late 19th and early 20th centuries: Rudyard Kipling, arises in South Africa and flows first northeast on a semicircular course and then east for about 1,800 km (1,100 miles) to the Indian Ocean. It serves first as the border between Botswana and South Africa, and then Zimbabwe and South Africa.

Much like Kipling’s Limpopo, the river is full of crocodiles and hippopotamuses but the river is not actually greasy! Kipling’s “greasy” description likely stems from the fact that the river’s flow is generally sluggish, and the silt content of the water is high – which together make it appear somewhat ‘greasy’.  The Limpopo River is very much alive supporting an abundance of animals and birdlife, as well as about 14 million people that live in the greater Limpopo Basin.

Historically, the Limpopo River also supplied water to a great ancient Southern African civilisation: the Mapungubwe kingdom. This kingdom, which flourished between 900AD and 1300AD, traded internationally with other medieval powers as far afield as China. The ruins of the Mapungubwe kingdom are now a UNESCO heritage site and are just across the Limpopo river from Mashatu in South Africa.  There are signs of their presence in Mashatu Game Reserve which you can read all about here. 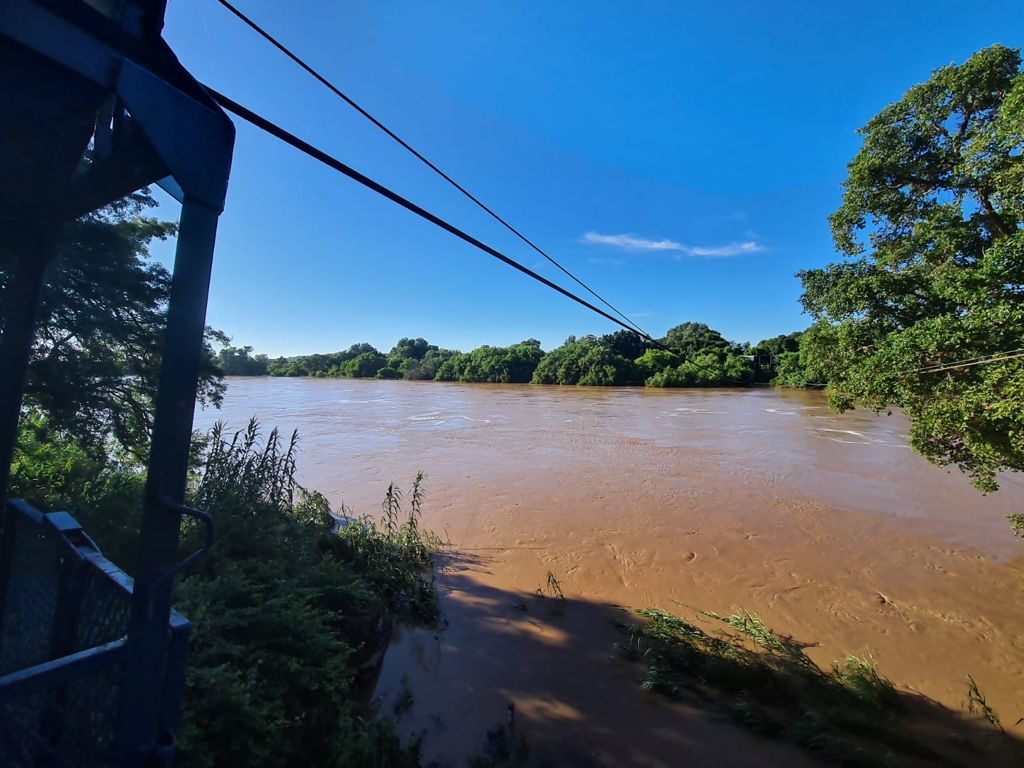 The “Great Grey-Green Greasy” Limpopo River and the areas through which it flows have a lot to offer for travellers who love wildlife, natural beauty, history and culture. The sight of its winding passage through an unspoiled landscape, and its calm waters dotted with hippopotamuses, crocodiles and birds of all kinds, is one that will stay with you for a lifetime.

Our staff that have been at the reserve throughout the lockdown have been treated to a special and rare sighting of this lazy river, which is the life blood to our area, filling up and flowing, just this once at full capacity with all the glory of a fast and turbulent river.