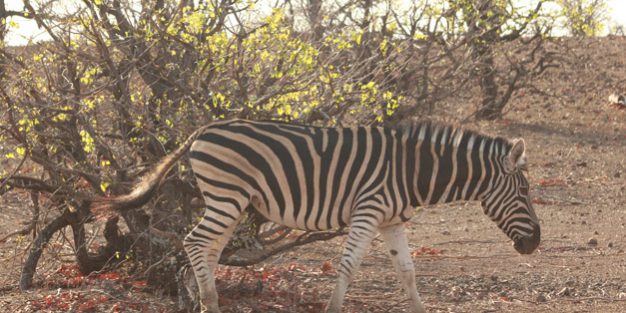 This month (and as an American, in the Thanksgiving season) I’d like to offer my thanks for our skilled rangers and the arrival of rain.

Our rangers and trackers have an incredible history in the area, with many decades of experience. They have a keen sense for reading animal behavior and responding in a manner that reassures the elephants that the vehicles have a non-threatening motivation. It is because of these skills, that many have seen this population change from what were once considered among the most aggressive elephants, to now being recognised as some of the most docile and approachable in southern Africa.

This month elephants have been moving around the landscape along new routes and spending time in different areas. Their typical winter pattern kept them closer to the Limpopo and Matloutse rivers to meet their water needs, but in mid-October several groups were found to have traveled north into the central areas of NTGR affording visitors the opportunity to observe herds not often seen as far north.

While conducting an elephant research drive, Ivory Drive, we came upon a group of more than 30 elephants that had made the move from the Motloutse to the area of the Mashatu Reserve known as The Sage. Because the group spends its time along the Motloutse river, they are more likely to encounter people from villages and farms lying on the outskirts of the reserve. Many of these interactions can result in conflict – in fact, one of the elephants in the group had lost the tip of her trunk from a snare. These negative interactions shape elephant behavior, making them weary of human interactions.

Elephant with a broken tusk

We continued to observe the group as they moved from The Sage toward the bank of the Majale. They had spread out a bit when suddenly one of the matriarchs, a tuskless female, made a move to warn us off.  She was clearly anxious about the situation and did not trust our motivation to observe the herd. She came through the trees towards us at increasing speed.  Our ranger, Dix, was quick to respond appropriately, keeping a clear head. Once away from the matriarch, and once the herd had relaxed, we re-circled and again came to rest where we could observe them but from a greater distance. After a few minutes with this situation, and matriarch in particular in a more relaxed state, we left the group on a positive note. The more experiences this herd has with positive, non-threatening consequences, the less reactive they will be to game vehicles in the reserve. Although the situation was exciting for all involved, it didn’t reach dangerous levels and may help shape the matriarch’s behaviour to a more tolerant one of the observers on the reserve.

As October progressed, rainy weather emerged with consistency, and the moisture has reshaped the savannah landscape of the Northern Tuli Game Reserve.  To date the rainfall has exceeded 30mm, with continued periodic showers expected into November. Fortunately rains have come with enough time between showers to allow the land to absorb without heavy erosion.

The green is starting to emerge

Small leaves already beginning to peak out, and with increased daylight, have really begun to flush the landscape with bright green patches of colour across the Mopane veld.  Grasses are also starting to sprout in small patches of open areas, and beneath the canopy of small trees that funnel water from their branches, along trunks to the surface beneath. Zebra, warthogs, impala and other animals are now seen foraging in open areas where they were not during the extremes of the dry season.

We look forward to the next month, which will certainly look different as the grasses and leaves emerge in abundance, providing forage for the herbivores and their young – many yet to arrive.