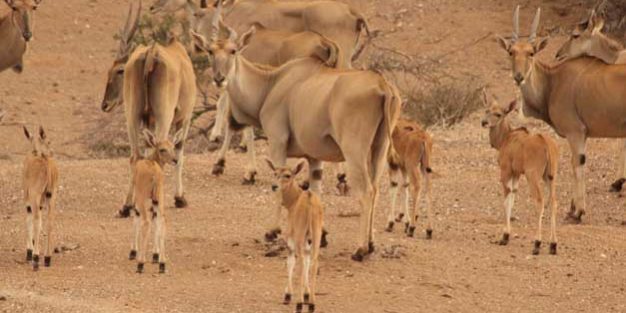 Charge, the matriarch of one of the herds on Mashatu

New leaves are sprouting on fresh shoots. Flowers, insects and birdlife are growing more prolific. Although rainfall continues to be low, with only 5 mm falling during September, it is clear that change is underway across the landscape. And with the return of spring, elephant activity in the Mashatu Game Reserve is on the rise.

Family groups are more often seen sharing space in close proximity to one another, where previously they were keeping some distance from associated members of their greater bond group. Elephant movement during the transition from winter to summer has brought increased sightings of herds, often numbering between 30 and 50. During winter larger groups of this size were found primarily near the Motlouse and Limpopo River channel. However, this week we have seen local elephants moving further from the riverbeds in the south and progressing north toward Mashatu Main Camp and Tented Camp, while new groups of up to 70 have been seen arriving on the Motloutse. Along their path they are recharged with the nourishment from new growth brought about by a lengthening photo period.

Greenery is sprouting up everywhere

This week’s Ivory Drives, the elephant focused research drives, brought guests up-close and personal with of a well known matriarch, Charge. Despite her name, Charge and her group of over 40 elephants was very relaxed as they browsed in the slender Mustard and Umbrella thorn. The emergence of new vegetation in this patch attracted several species. Giraffe enjoyed Mashatu leaves, impala collected bits dropped by elephants, a jackal yipped for his partner and eland with new born calves browsed in the perimeter.

Giraffe browse alongside the elephants

The freshness of energy provided by new growth seemed to relieve tension for the mothers and brings a sense of delight for the young calves. Charge did her part to expose several clusters of new growth sprouting from the base of an acacia, where she and smaller elephants and other browsers are able to gain access. One baby took the opportunity to nap at her mother’s side, while two older boys trotted about exploring whatever they found to be fascinating; sticks, rocks and each other. The scene was serene with the sounds of foraging, bird calls and cooling breeze. As we made our way back to camp from the Ivory Drive a few light sprinkles were felt on the landcruiser and across the reserve, but the rain didn’t quite manage to fall.

Many people are looking to the next few weeks for the beginnings of the wet season in Tuli. The few new leaves that have emerged, may be serving as little treasures of hope for many, but until the rains really arrive the elephants and all browsers will need to continue traveling from patch to patch in their diligent search for sustenance. Join us next time to hear about the continued changes to elephant life and behavior in the Tuli.