Dry and Wet Seasons – the Balance of Nature 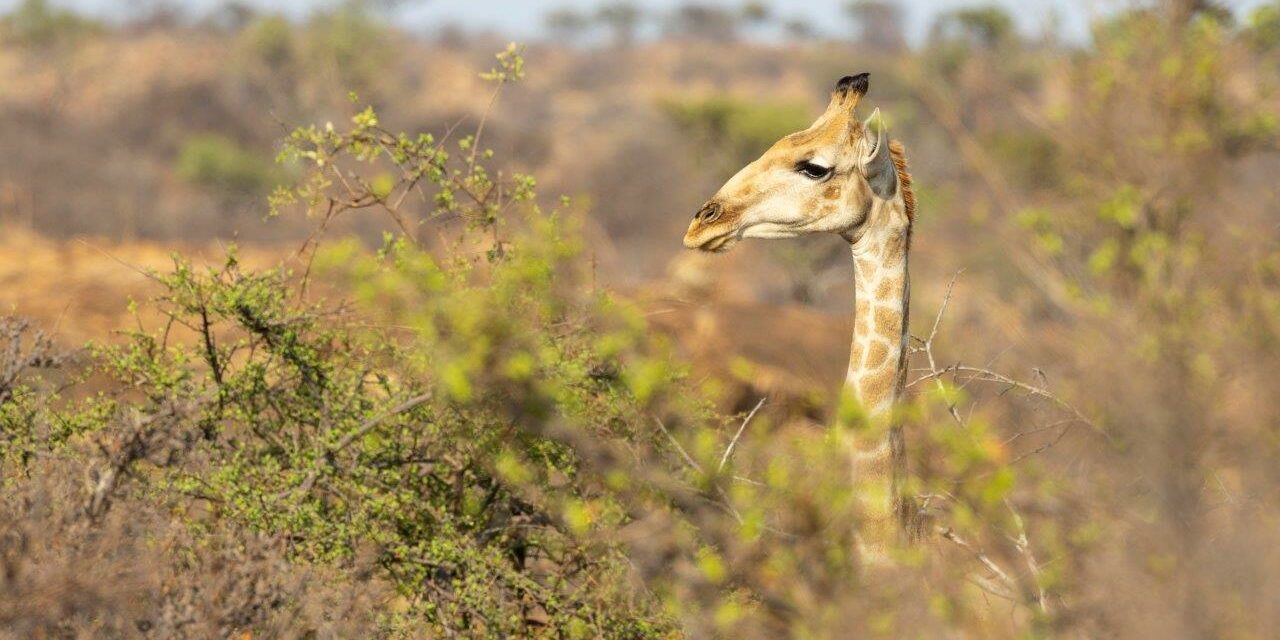 Mashatu’s dry season is from April to October. Visitors to the reserve towards the end of the dry season from August to October, are often astounded that anything can survive in these conditions, but it is a natural cycle and nature has equipped species living here to adapt and survive until the rains come.

Grazers like zebra, depend on the grass for their nutrition, while browsers like the giraffe, have a diet based around leaves. In very dry times when the grasses disappear, many animals will eat any nutritious plant that they can. The two most successful mammals in the reserve – elephant and impala – have adapted to both grazing and browsing conditions. 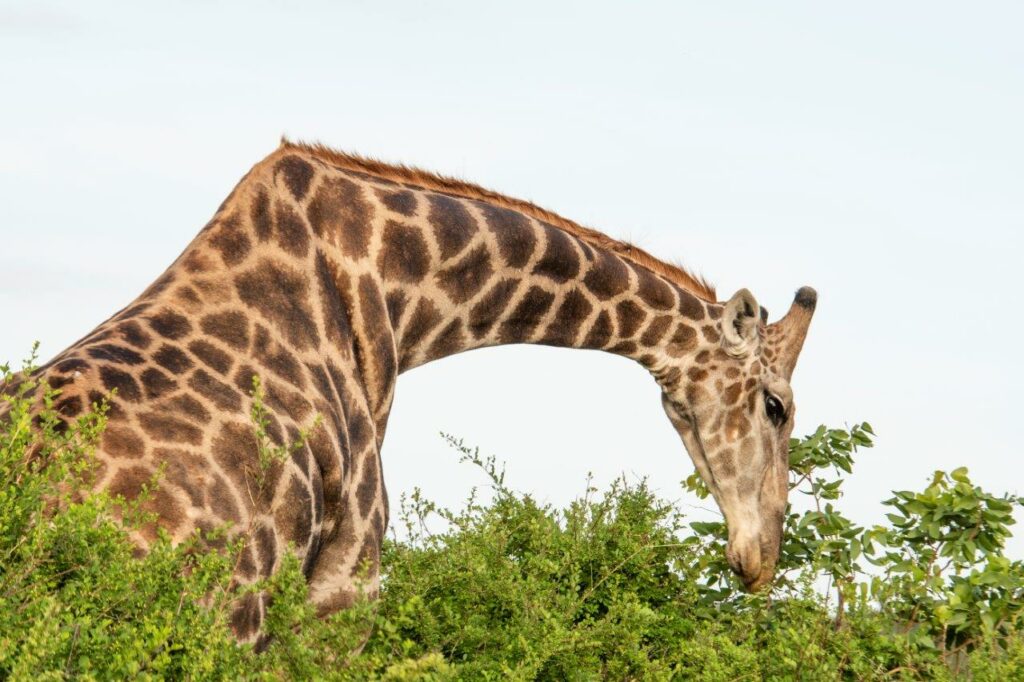 Another two species that do well in the dry season are giraffe and eland. Giraffes have an advantage over other grazers of reaching higher for food. Trees tend to have leaves even when the grass dries up.  Their deeper roots help them survive, and their upper-canopy leaves help giraffes survive by providing food and moisture. 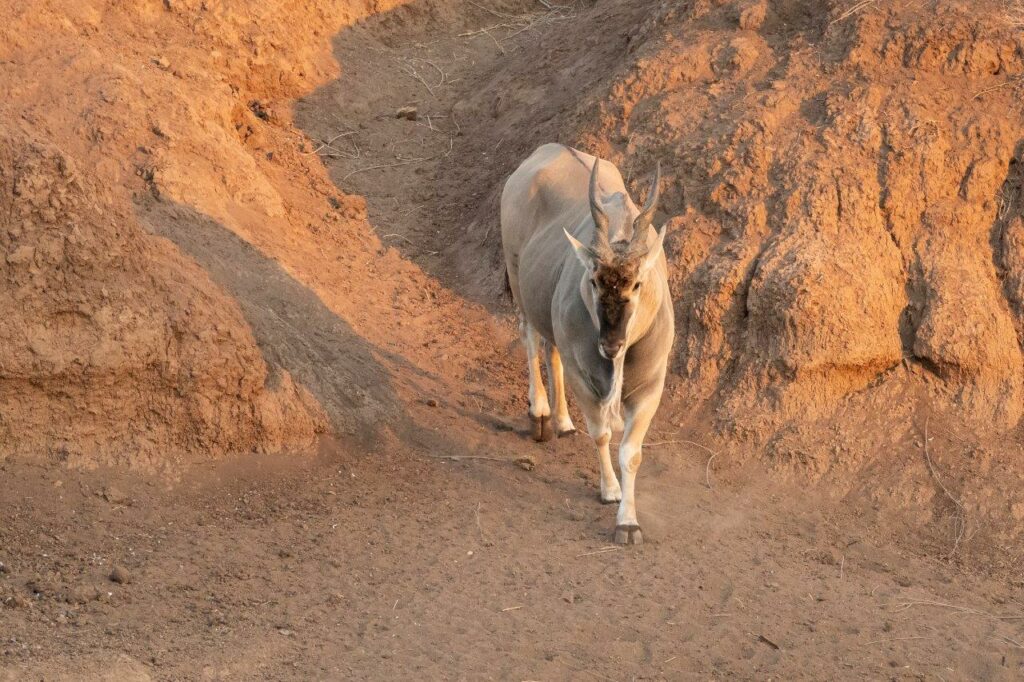 Eland have adapted to living independently of water supplies. They do not have to drink regularly but rather get the moisture they need from the food they eat, or from other simple water conservation techniques. Eland feed during the day but they also feed at night when the moisture content of foliage is higher. They produce very concentrated urine and dry faecal pellets so as not to discard moisture unnecessarily. They will stand in the shade on very hot days, and have the ability to allow their body temperature to rise by a few degrees dissipating the heat after dark when it’s cooler. Eland breathe deeply and slowly to conserve the moisture in their nasal passages. 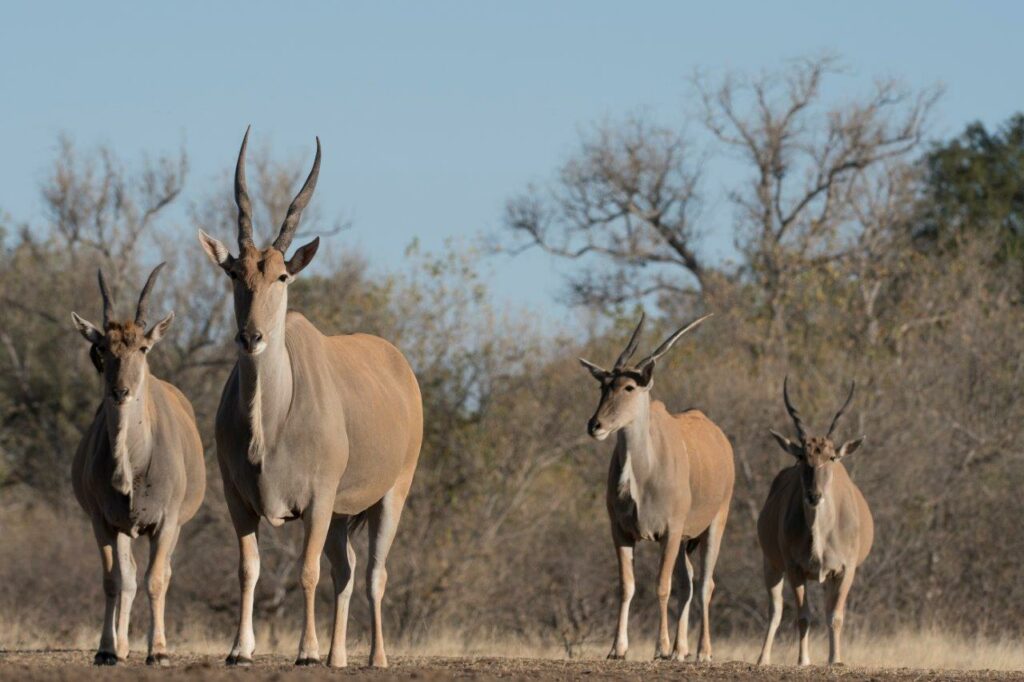 Elephants play an important role in helping not only themselves but other animals too, by digging into dry river beds to reach water that is below the surface. When the elephants are done with the water, other animals come to take advantage of the water in these holes. 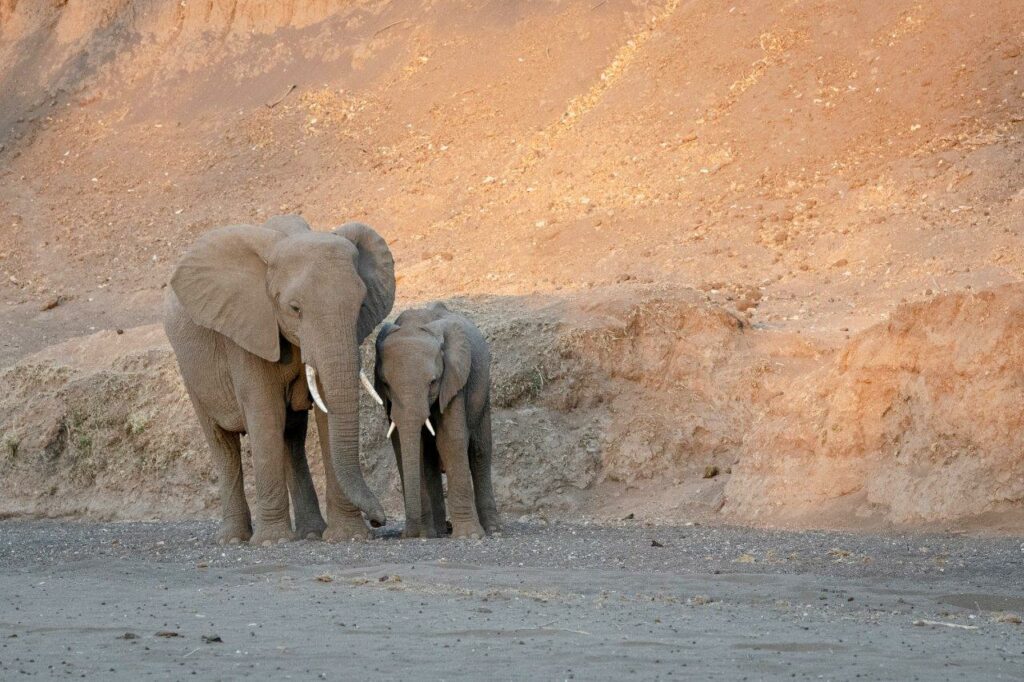 If they are in a very dry area, particularly drought-stricken areas, elephants will sometimes migrate to other areas where water is more plentiful. They typically only migrate as far as they must to find food and water.  By September when it is very dry, some of our elephants migrate to the Motloutse region near Tuli Safari Lodge Mashatu, and spend more time near the Limpopo river.  Thanks to Transfrontier agreement between Botswana, South Africa and Zimbabwe, our elephant population have options to move around and find good feeding and water further afield.

Not all animals cope as well, and this makes the dry season prime time for predators and scavengers as conditions allow for easier hunting. This “all you can eat buffet” can only be enjoyed for so long, because nature will always require balance. The rains will come and the tables will turn.

Locally it is believed that early rains are an indication of a good rainy season ahead.  Should that happen, we can expect our first rains towards the end of October.  The temperatures have already started rising, and we all hold our breath in anticipation of the first rains of the season, bringing much relief to all who survive in the wilderness that is Mashatu Game Reserve.