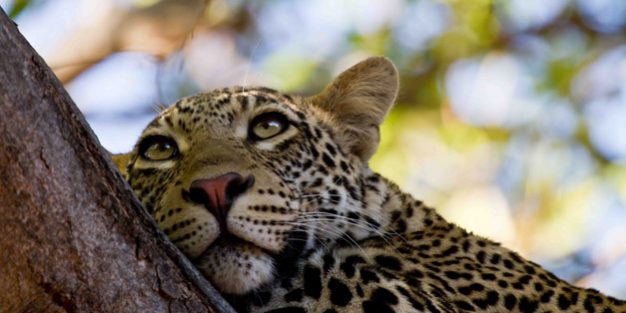 With National Geographic Australia visiting Mashatu again, the big cats of Mashatu showed just why this place is the place to be for filming. In one day, over five different leopards were seen, a mating pair of lions and various other general game.

Ben Britton, presenter of National Geographic Australia, came to Mashatu to start filming a series of follow-ups on the Big Cat Week documentaries they made while here in September 2011.

In one of the documentaries we mentioned that one of the reasons for collaring Matswane, the oldest male lion in the reserve, was so that we could monitor his movements. Our doing this was well timed, since a new male lion coalition moved into this older males’ territory and subsequently pushed him out. Following their takeover, the two new males have been mating with nearly all the lionesses in the central area. The idea was to start filming these events as this will contribute to a follow-up film made by Nat Geo Aus.

Temperatures have drastically dropped, heralding the beginning of a cold winter. Morning game drives are cold on the open vehicles, but daytime temperatures are cool to moderate.

Large herds of elephants are frequently seen along with various herds of giraffe. Areas with Acacia spp. are favoured by these long-necked animals, and kudu and eland are also seen browsing on these nutritious plants. Smaller herds of zebra are to be found in certain areas, but wildebeest sightings are less common these days.

On the carnivore front, lions and leopards are seen daily, but cheetah have been eluding our rangers the past week.

Waterholes are abuzz with activity, offering a diversity of sightings ranging from various species of water-birds, herons, storks, Hammerkop, geese and ducks, to a host of general game. Elephants usually dominate these waterholes when they arrive. From a photographic point of view, the water-pockets along riverbeds make for some fantastic shooting.