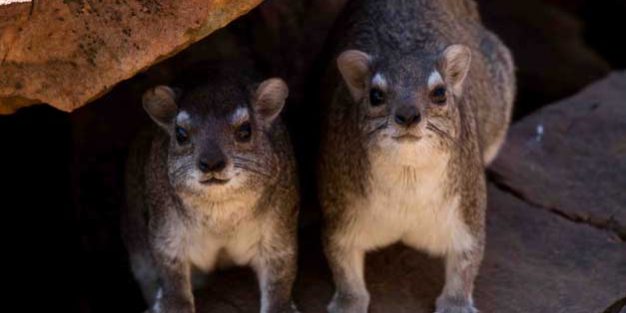 Game viewing the past week has been good, considering that many animals have been moving to areas where the last rain has been. For most of the Central area, where the majority of game drives take place, there is still plenty of general game to be seen, but zebra and wildebeest have are fewer in those parts. Being selective grazers, these animals are more affected by the dry conditions and only certain areas have suitable grazing left. Giraffe and elephants are plentiful, and elephants have been seen at the Main Camp almost daily now. A massive bull elephant even made his way into camp the other night – leaving a trail of vegetation and electric fences behind!

Carnivore sightings are still top-notch at Mashatu. Yesterday a lioness, part of a sister-duo, was seen with two tiny cubs. They can’t be more than a week old! The mother was seen yesterday afternoon carrying the one cub in her mouth towards a new secure location. Some sad news though, one of the three leopard cubs (one of the two males) has been killed by two lionesses. The body of the 14 month old cub was found near an impala carcass, which the mother leopard killed, and from tracks it looks like the cub was feeding alone on the carcass when the lions surprised the cat and killed it. The impala carcass wasn’t cached in a tree as they usually are, and we suspect the lions were attracted by the smell of the meal and found the unsuspecting cub feeding.

Rock hyraxes are still frequently seen jumping and running around cliffs and rocky areas – as their name suggests.