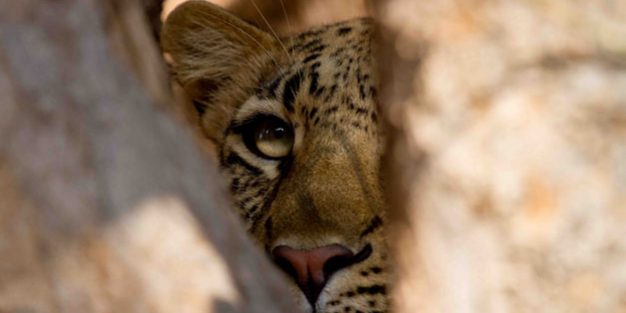 Although we have reached mid-winter, the temperatures at Mashatu are moderate and warm. Early mornings on the open game drive vehicles are still a bit chilly, but it quickly warms up as the morning progresses. Game sightings this week have been excellent, especially for carnivores. A total of 11 different cheetah were seen, with one sighting of the family of six (a mother and her five cubs) bringing down yet another juvenile kudu. Last night guests witnessed a young female leopard catching an adult impala, but the location of the catch wasn’t all that great for the elusive cat. She managed to catch and cache her kill in a big Mashatu tree, where a large troop of Baboons normally roosts at night. We saw her kill this morning, but she wasn’t there. Perhaps she is waiting for nightfall to return to her kill. The two male lions are back in their mating routine and guests are spoiled for sightings of lions mating, over and over again. A lions’ mating spell can last for up to five days, and mating occurs at frequent intervals, often 10-15 minutes apart! This week one of the males manage to bring down an eland by himself. As if that wasn’t enough, a few days later these two males then brought down a juvenile giraffe. Predator sightings at Mashatu are simply amazing!

Elephant sightings are bountiful, especially along the Motloutse river in the south-west. Large herds are seen daily, mud-wallowing and drinking along the banks of this majestic river. At night, trumpeting and grumbling fills the night air, together with the cracking sounds of large trees being browsed on.

Other amazing sightings this week included eight aardvark sightings! Yes, EIGHT! Although most of the sightings were of the same individual, they were none-the-less still spectacular. One aardvark even walked into one of our camps and started excavating and ripping apart an old log, looking for termites. The aardvark then casually walked out into the night, with some guests following for a short distance – with the aardvark not even ten metres away from them! It was as if this aardvark didn’t have a care in the world about people tagging along with him – what an awesome sighting!