Cheetahs learning the art of hunting 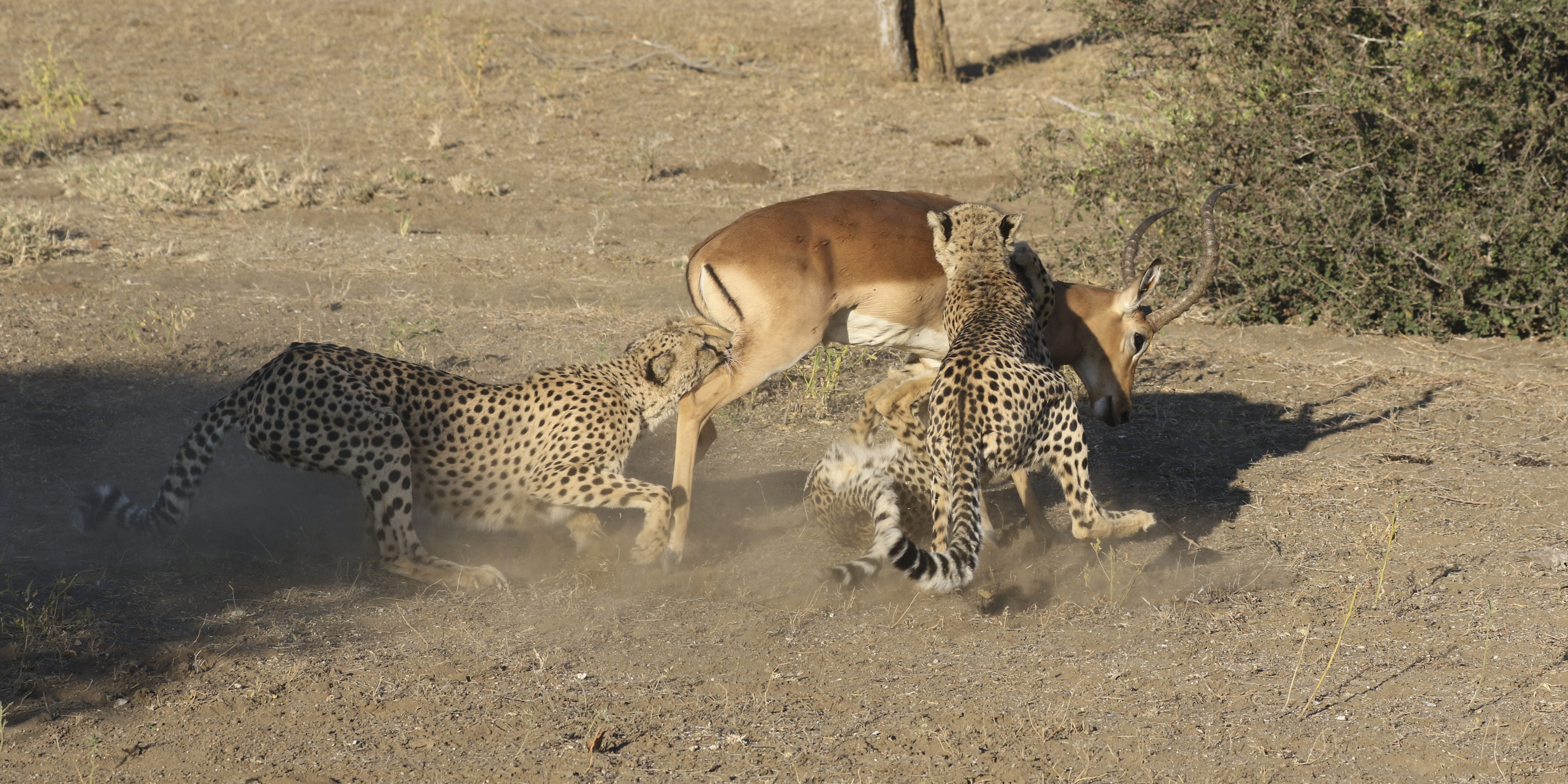 Cheetahs are very attentive mothers and a vital part of raising cheetah cubs teaching them the art of hunting.  Mashatu Game Reserve’s habitat is ideal for cheetah. Currently there are three female cheetahs with cubs which are frequently sighted giving many guests an opportunity to witness these incredible mothers passing on their skills.

Training starts when the cubs are about 8 months old.   Initially mom will chase down and deliberately disable, rather than kill, the prey. She’ll then bring it back to where her cubs are waiting, release it, and allow them to hone their skills on the injured prey. Eventually she will take them with her on hunts and allow them to participate as she helps by ensuring the prey does not get away and keeping a lookout for other predators. It will take until the cubs are about 18 months old for them to fully acquire the skills to gain independence.

This time of the year cheetahs are aided by the impala rutting season as the impalas are so focused on defending their territories that they often don’t notice the predators lurking nearby.

This was the case recently when a cheetah mom and her two cubs came across a group of impalas. Without hesitation the two cubs gave chase and managed to catch one. The mom cheetah only came in at the end and held onto the back leg ensuring the impala could not get away and giving her cubs time to complete the hunt.

It is clear she has taught them well and it won’t be long before they are ready to gain independence and begin the next chapter of their life as they go off to find territories of their own.

Guest, Michael Schwarz, was at the sighting and managed to capture these spectacular images of the hunt. Well done Michael and thank you for sharing your images with us. 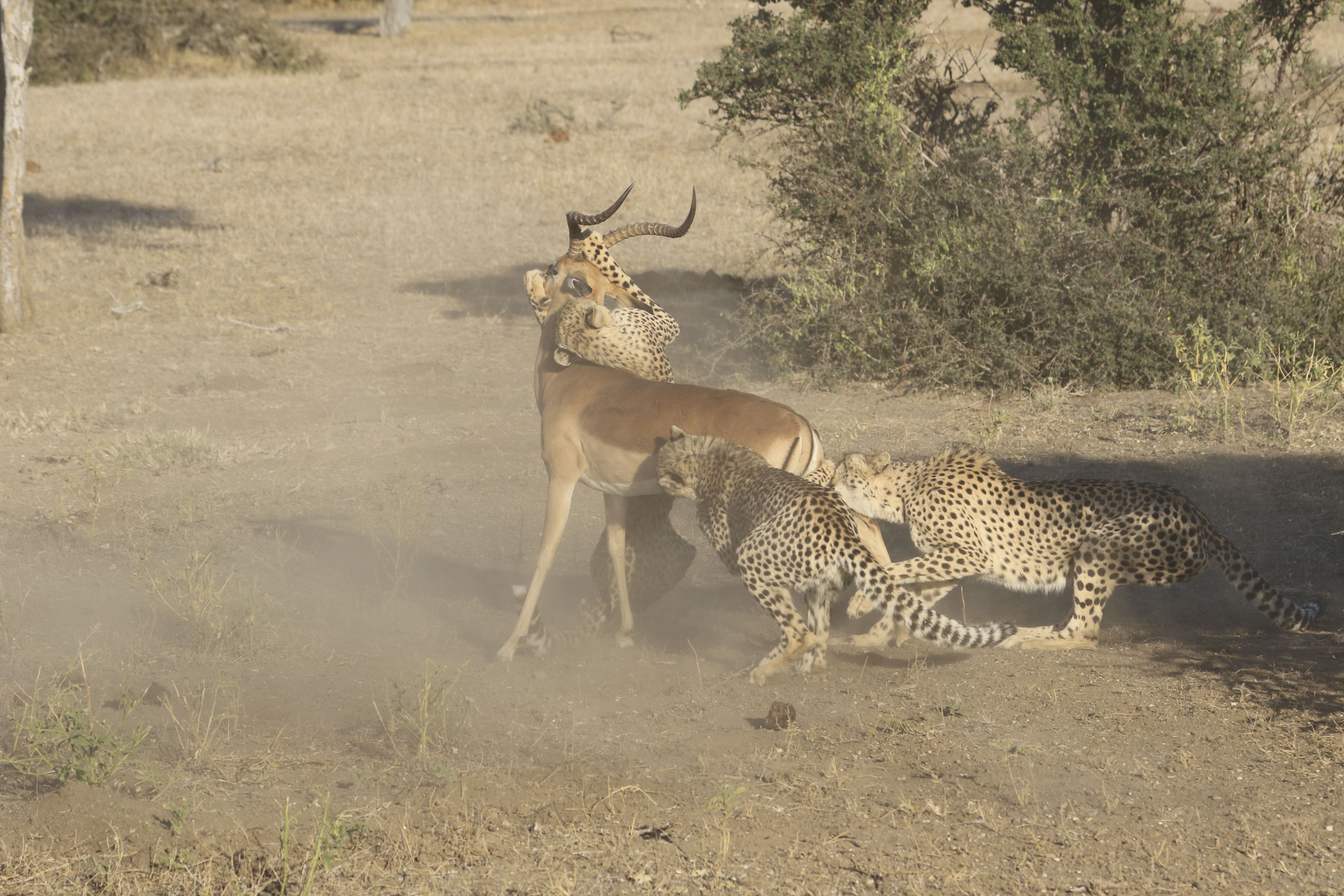 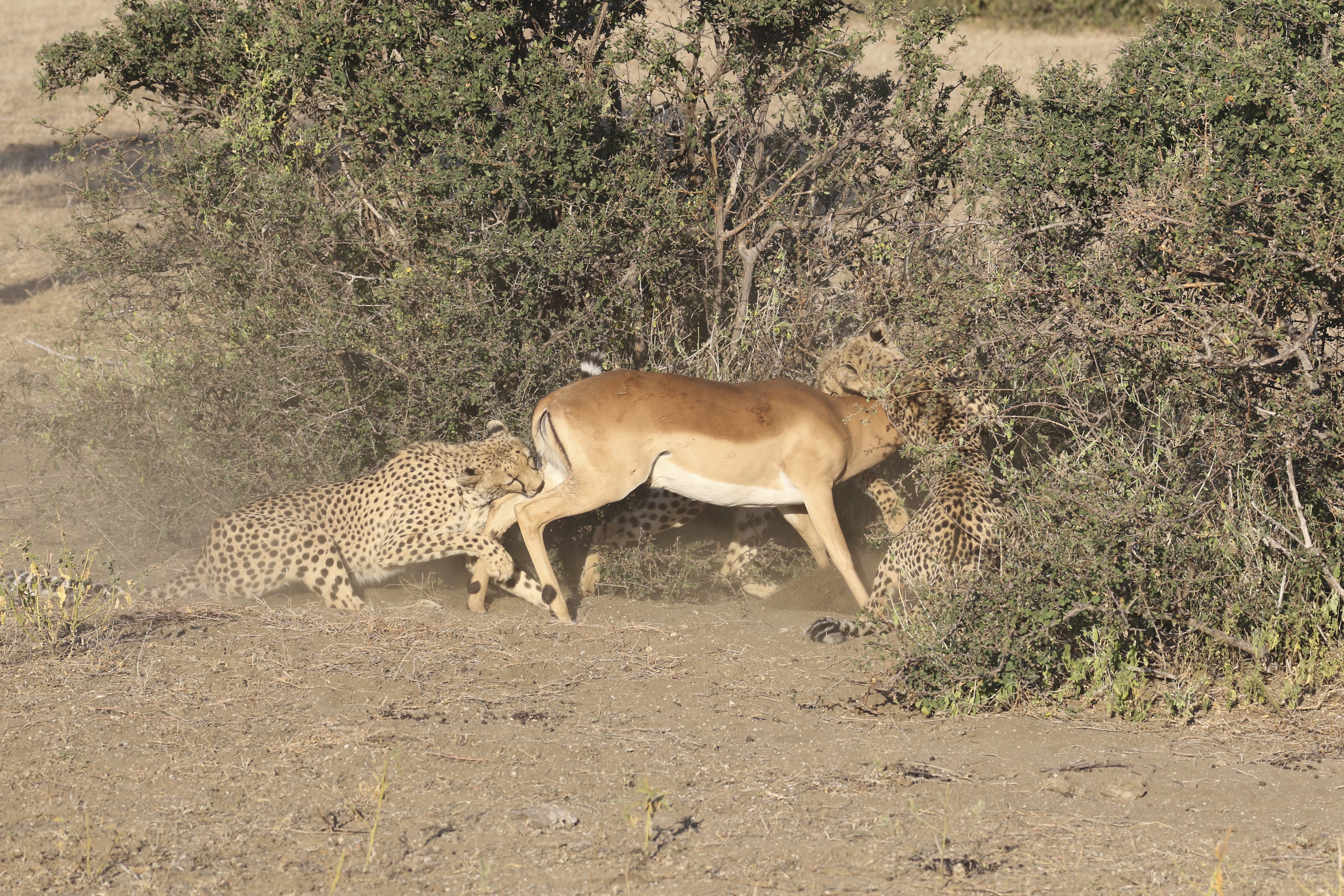 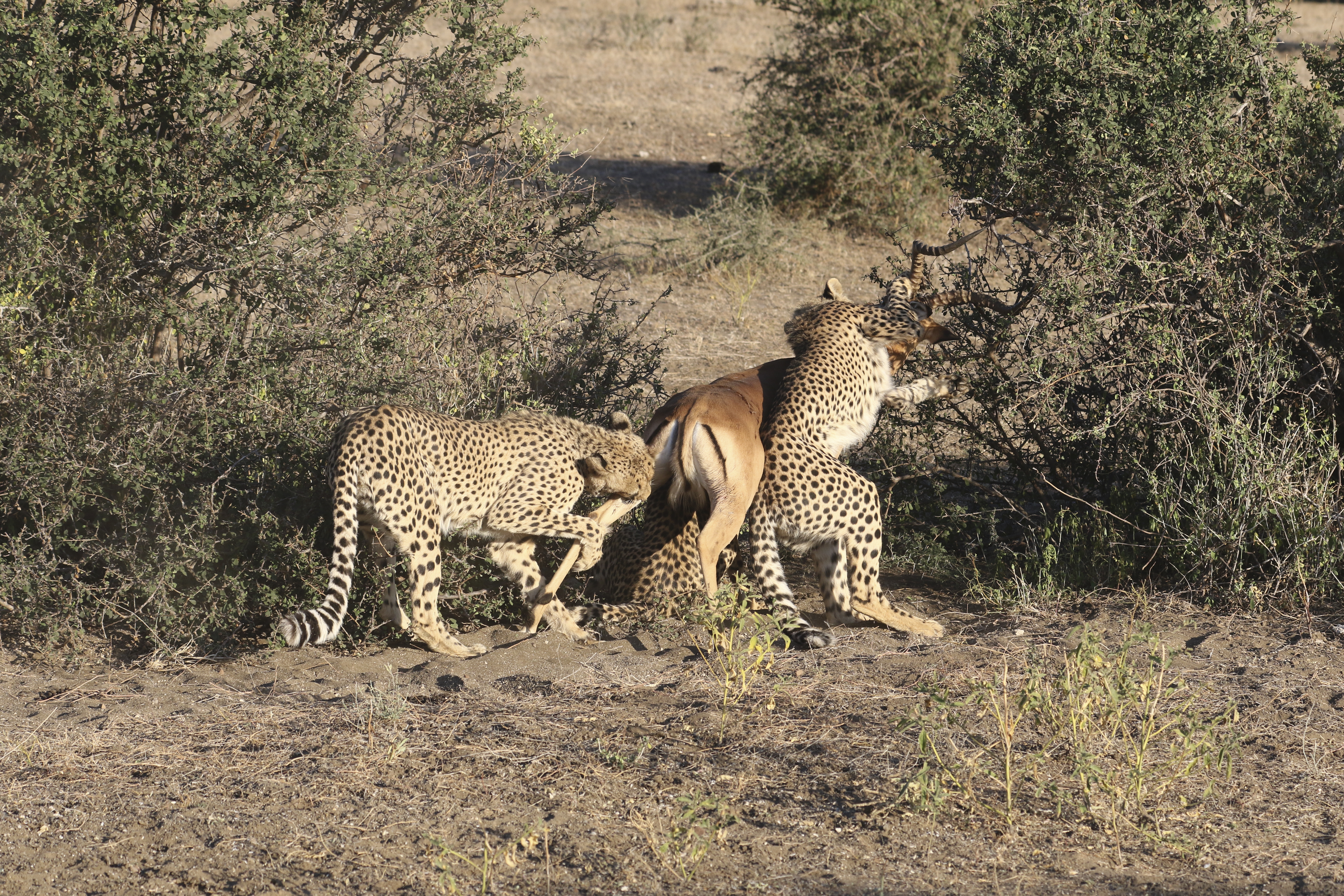 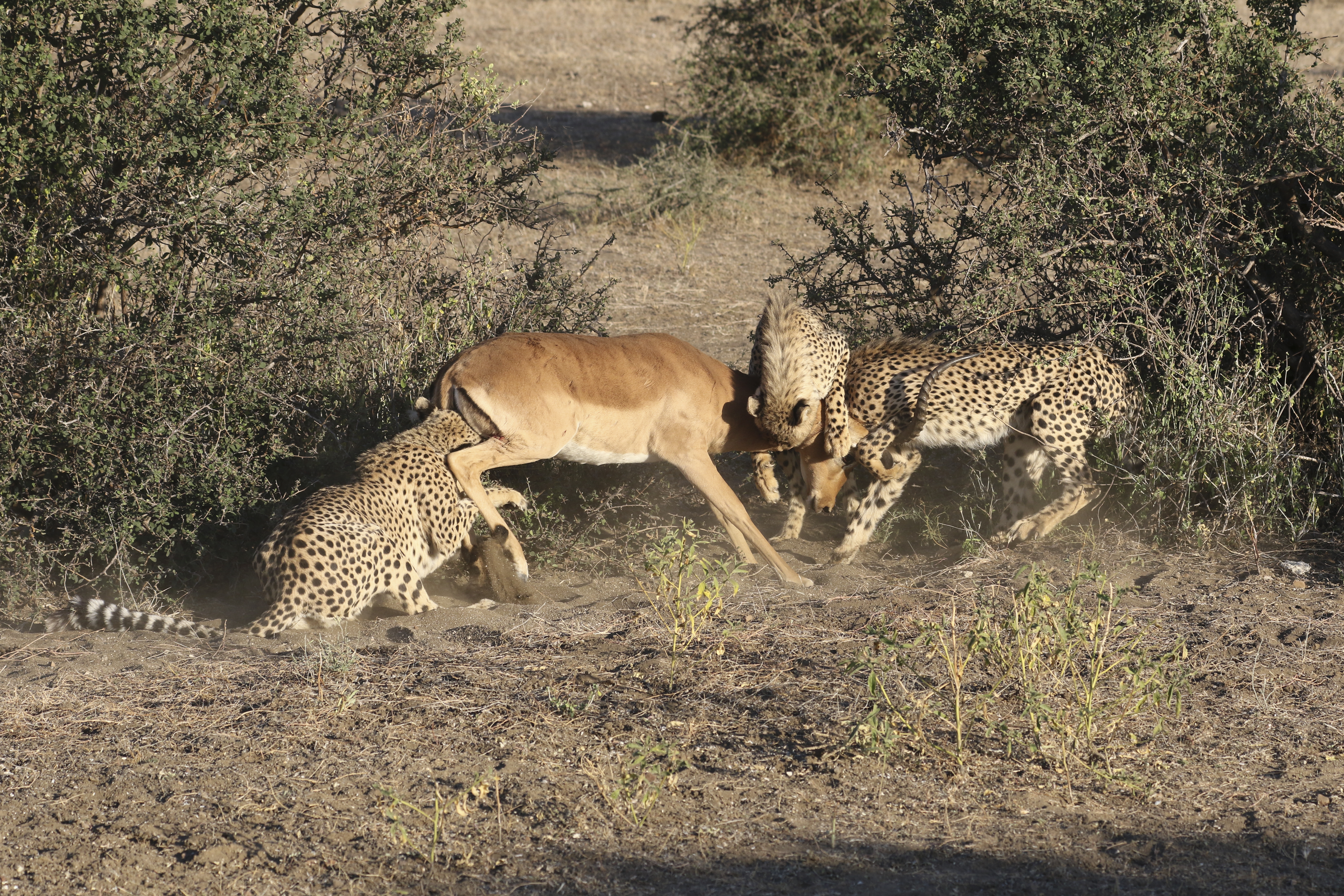 Images by Guest Michael Schwarz and text by Janet Kleyn