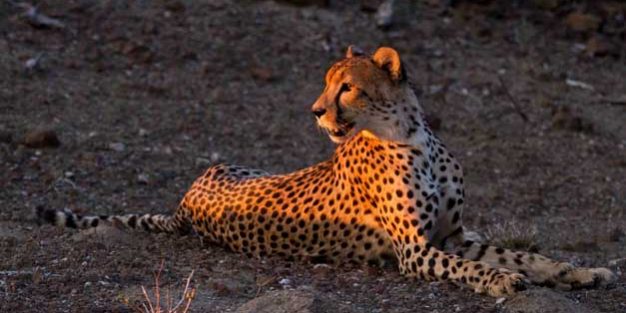 Cheetahs have made an appearance once again! The family of six has been sighted on a few different occasions. Yesterday evening, while on a predator drive, guests were privileged to see them take down an impala ram. The hunt was watched from the start with the cheetah spotting the impala, stalking it, chasing it and finally taking it down. The cubs that are now over a year old are more than capable of hunting by themselves. Their mom can finally take a bit of a back seat while watching her cubs refine their hunting skills.

They quickly ate to their fill and did so just in time, as shortly thereafter a couple of hyenas came running in. Satisfied, and not willing to take any chances, the cheetahs left their dinner to these larger predators. What a fantastic sighting – watching it all roll out from the start until the end!

Cheetahs, unlike larger predators, eat to their fill and then move on – Ali Brassine