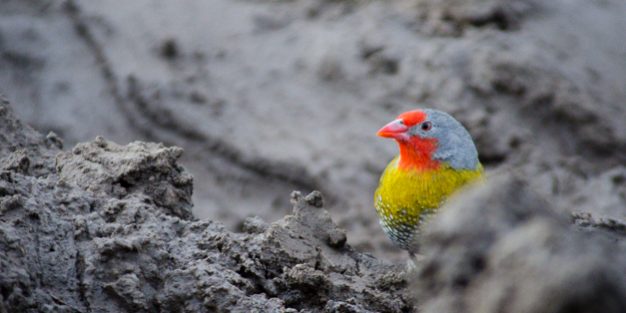 Mashatu boasts more than 350 species of birds on the reserve. During the winter months these birds can be spotted gathered around the small pools of water that remain from the wet season, and during the summer months huge flocks of birds arrive from far north to set up camp for the season.

Due to the diverse nature of Mashatu’s landscapes and vegetation the variety of species vary from LBJ’s (little brown jobs) such as larks and pipits, that can be found dotted all over the grasslands, to fruit eaters such as Parrots and barbets who hide nestled away in the moister pockets of the reserve. Not to mention the large density of raptors found perched on top of any high rising tree, these raptors include anything from the large lesser spotted and fish eagles to the smaller lesser kestrels and pearl spotted owlets. As we veer away from camp back towards the Limpopo River we are met by any birders paradise, the Mashatu Vlei. In summer, the vlei transforms itself into haven for waders who feed furiously in the shallows and reed birds who hop around in the shelter of the thick reed which now lines the vlei.

So here is a challenge for all visitor heading to Mashatu, keep a list of all the birds you have seen on your game drives or around camp and see how many different species you can count, you will be surprised once you start observing how many birds are actually out there!

Text and Photographs by: Ruth Nussbaum