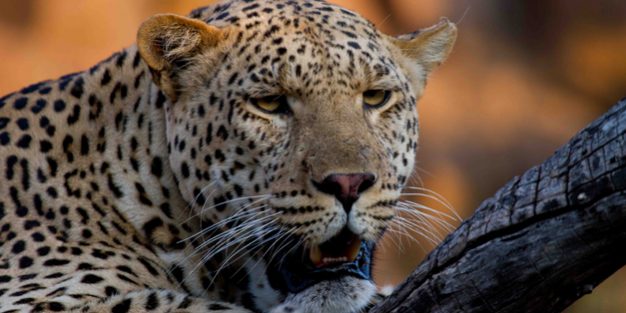 The Big Cats of Mashatu

“To help stop the decline of big cats everywhere,  Nat Geo Wild‘s Ben Britton takes you on a journey  to Africa’s vast frontier to see first-hand how lion  and leopard populations are slowly being rebuilt, one cub at a time”.

More than a television event, Ben Britton’s Big Cat Week is an extension of National Geographic’s Big Cats Initiative (BCI), a long-term commitment to halt the decline of these iconic animals in the wild. Australians tuned-in to Nat Geo Wild from 26 February to see how this critical situation is being addressed. Those who missed the live transmission can still visit natgeotv.com.au/big-cats to follow every move made in real-time by Ben Britton’s Big Cats – Matswane the lion and Pitsane the leopard on Mashatu Game Reserve.

Said Ben, “Some of the world’s most iconic predators face the very real threat of extinction. Africa’s lion population has declined by more than 90 per cent in the last 50 years. There are now more tigers living in captivity than in the wild. And cheetahs have disappeared from more than 75 per cent of their range.”

“But there are ways of bringing them back from the brink. Big Cat Week is a chance to both marvel at these magnificent cats and see how people around the world are employing a hands-on approach to ensure their survival.”

As the face of Nat Geo Wild in Australia and New Zealand, Ben Britton gets closer to creatures great and small every day for a living.

Passionate about wildlife, Britton believes strongly in conservation through education. He has appeared in a number of documentaries and on various television programs throughout his 20 years of professional experience in animal husbandry and wildlife conservation that have taken him across the world, from reserves in Africa to sanctuaries in Asia.  In addition to his on-air role, Britton is the Director of Wild Animal Encounters, an outreach program providing educational talks, displays and demonstrations of both native and exotic animals to the general public.

Have a look at the incredible footage captured at Mashatu Game Reserve with Ben Britton.

In the below clip, Ben and André follow Matswana, a dominant male on Mashatu Game Reserve. As a first for Ben, this is an exciting account as they search for the massive cat, dart and collar him. This clip also gives a really good view of Mashatu’s breathtaking landscape.

In this next clip, Ben and Andre track one of Mashatu’s dominant leopards, Pitsane. Elusive he turned out to be, but André eventually managed to get him. He’s a beautiful boy indeed!

And finally, Ben takes a look at the much anticipated fruition of the Mapungubwe Trans Frontier Conservation Area involving the collaboration of South Africa, Botswana and Zimbabwe – a project that has taken fifteen years in its development.

Or like Mashatu on Facebook to keep up to speed with the latest exclusive images and news of both Pitsane and Matswana.

We were delighted to have had the opportunity of working on this really exciting project! If you have not already seen our blog post on the actual visit to Mashatu by Nat Geo, click here.

Andrei and The Mashatu Team

Children in the Wilderness Camp at Mashatu
March 28, 2013