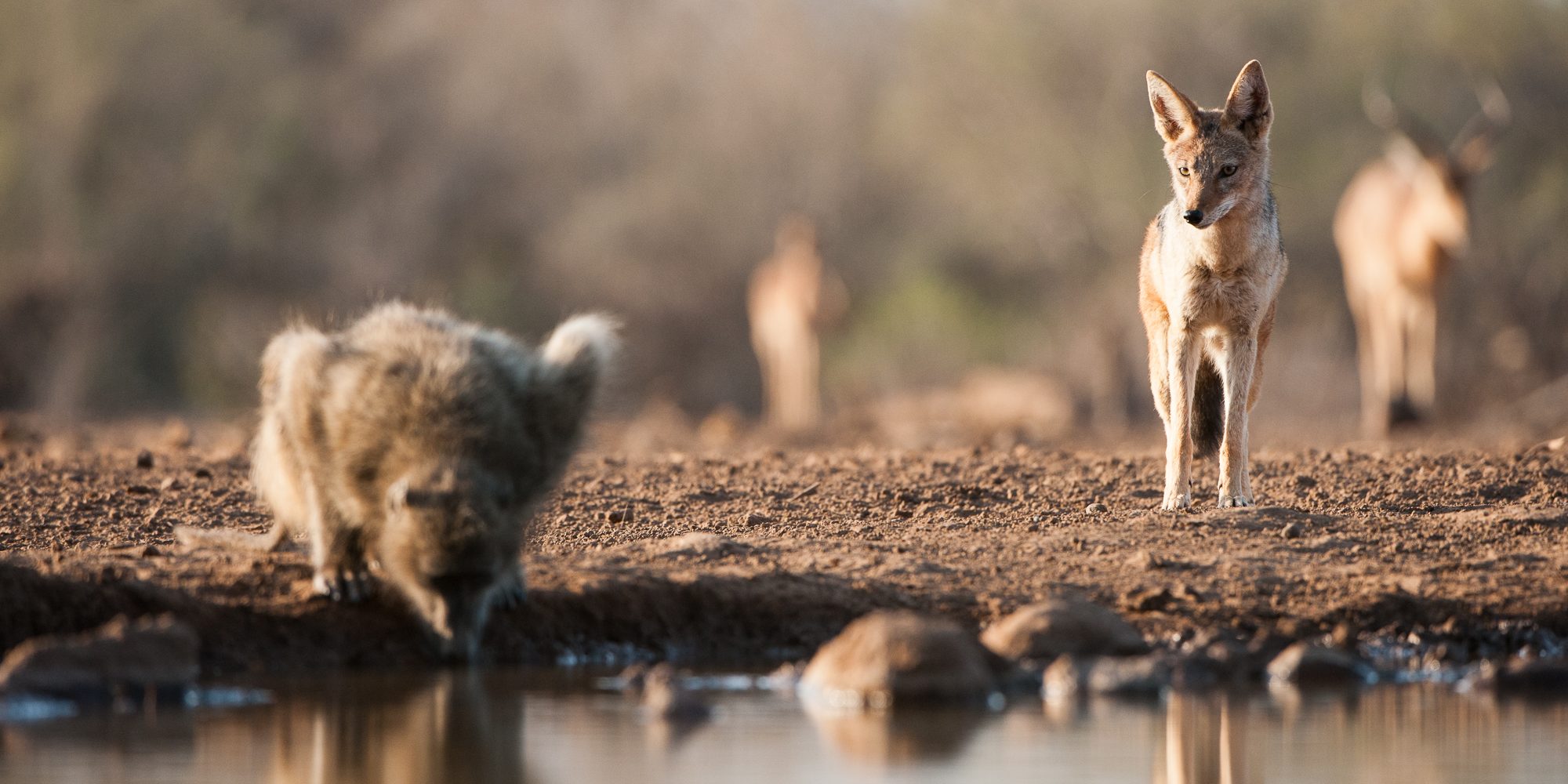 Much warmer temperatures have filled the days and nights at Mashatu during the month of August. Although rain still remains a far-off and distant dream, there are signs of spring everywhere out there. Acacia tree species are all starting to blossom, and the air is filled with the sweet scent of flowers in bloom. However, when the wind comes up, which is mostly in the afternoons, dust is blown everywhere!  Care should be taken when using digital cameras, especially for those guests who changes lenses between different sightings. One amazing aspect of this dusty region these days, is that tracking spoor is very easy.

Our game sightings for August were sky-high, and not only was there plenty of game to be seen, but we witnessed spectacular scenes as well. From the most charismatic big game species roaming around Mashatu, leopards were seen on 94% of the game drives and elephants on 90%. Lions followed at 84%, but cheetah sightings were down to only 26%. For almost three weeks, the famous male cheetah coalition of three, and the family of six, were not seen – their wereabouts mostly unknown. It was only at the end of the month that these two groups made their appearance again. Some of the various other single individuals are still eluding our rangers.

The lioness with four cubs, now about 9 weeks old, have been seen more frequently, and it’s mostly because the cubs are becoming more confident with vehicles at their den. The saying that goes “curiosity killed the cat”, is somewhat true, apart from the killed bit of course! Not long after a vehicle stops at the den, four little faces make their appearance and the cubs come out to investigate who has come to visit them. Not everything is so rosy when it comes to lions, however. The resident male coalition has been moving across the reserve, and on one of their forays into Mapungubwe National Park, South Africa, a fight broke out and they manage to kill a young lioness. We’re not one hundred percent sure which lioness it was that met her end, nor what her relationship was to these males, but it’s not uncommon for a new male coalition to push out and evict – and even kill – a previous males’ offspring.

Leopard sightings were excellent (94%) in August. A young male was seen play-fighting with a python near Baboons-bedroom, but then he suddenly lost interest and walked off – only to climb a nearby Leadwood where an impala kill was cached. The waterhole at Church-Mashatu, in the Majale River, has become a major attraction for predators. At least six impala and a kudu cow were caught at this waterhole in August, most of them by two young leopards operating in that small region, but also by a lioness and the ever-present crocodile. An unusual sight was found along the Jwala River. A female leopard was discovered dead in a thin Mopane tree. After careful inspection, based on dental condition and colouration, it turned out that this was an old female leopard. She had numerous scratch marks and cuts on her face and body, which suggests that she had been fighting with another leopard.

Spotted hyenas are never far from any action, and these super-predators were seen making their own kills during the month. An adult female, completely covered in fresh blood, was found walking to a nearby waterhole in the Majale River. Not long after backtracking her movements did we see the first vultures starting their descent to the ground. The remains of an adult kudu cow was found, with black-back jackals and vultures competing for the scraps. Judging by the tracks, the female spotted hyena had pulled the kudu down herself. Quite an impressive feat for an animal that most people consider to be purely a scavenger…