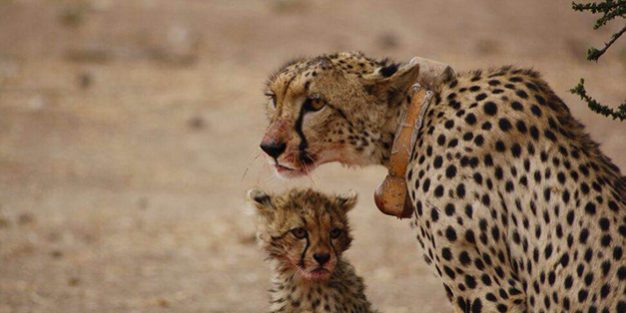 Breeding herd of elephants on devils thorn, by ranger Fish

After Mashatu’s downpours just before Christmas in December 2013, ranger Fish captured the above image of the most incredible sighting of a herd of elephants grazing on the just-emerged Devil’s Thorn flower. This signature yellow carpet is just one of the things we love so much about Mashatu – not just for its beauty, but also for its ability to lure large breeding herds of elephants to open areas. Jackal’s Koppie is just one of these areas on the reserve. Isn’t it beautiful?

A female leopard in a leadwood tree, by ranger Eric

Crouching leopard on the hunt, by ranger Eric

Leopard in the green, by ranger Eric

The mighty leadwood tree has become a good hunting ground for Mashatu’s leopards. The female leopard in the image above was surveying her prey, and possibly making calculations as to how best to approach it. At this time of the year, trees are green and bushes thick. This presents a distinct advantage for the leopards on the reserve, as hunting from a higher elevation means that they are not easily seen. Stalking is arguably the most important part of hunting – the closer the predator gets without being spotted, the greater its chance of catching its prey.

A female cheetah and her cub. The device on her neck is for tracking and monitoring purposes.

Female cheetah on a kill, ever at risk of having it stolen away by scavenging hyenas

Raising cubs for the more timid cheetah can be challenging in places like Mashatu Game Reserve where scavenging hyenas roam a-plenty. The giggling beasts will fearlessly ambush cats, and either opportunistically steal their prey or mercilessly kill their young. Nature can be cruel.

Did you know that lions can sleep for up to 18 hours a day, sometimes more? Mashatu has a pride of 11 lions, consisting of the two adult females (born around September 2008) and 9 sub-adults (3 males and 6 females). This entire pride is protected by the 2 dominant males, which cover an immense area extending as far as Mapungubwe in South Africa. We are eagerly anticipating the arrival of cubs any day now, and will hopefully have beautiful images to share with you soon.

With a picture like this, it’s hard to believe that the same animals can be spectacularly savage…