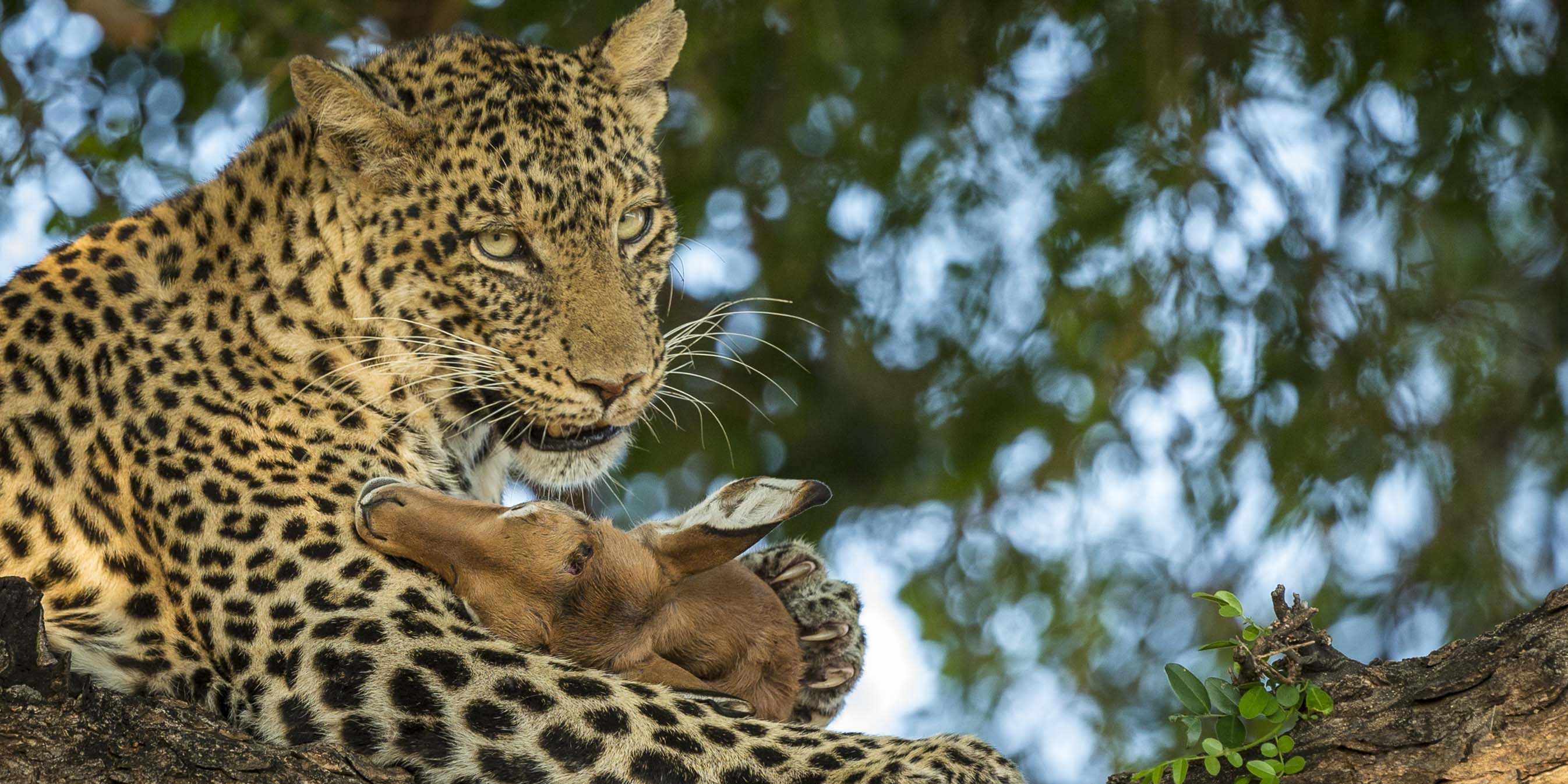 It’s quite common to stop under one of the many majestic Mashatu Trees for a coffee break whilst out on morning drive. Recently Photo Vehicle guests and their accompanying photography guide, Trevor Kleyn did just that. Perhaps they were being watched, or maybe not, but that tree that provided great shade in the morning would provide an enthralling sighting again later.

On the afternoon drive, the guide spotted the telltale tracks and signs of a leopard making a kill and tracked the leopard to the same Mashatu tree they’d had coffee at that morning. She was there with a freshly killed young impala and the leopard had started feeding on the head of the impala.

Not long after arriving at the scene they noticed the leopard looking out into the hills in the distance. Following her gaze they saw two lionesses and a male lion walking in the distance towards them. It did not take long for one of the lions to pick up the leopard and the lions then approached the Mashatu tree with determination. One of the lionesses climbed into the tree and the leopard, leaving the kill, moved slightly higher up and out of reach. Although safe, unfortunately her meal was not and the lioness moved across the branch and with a little stretch managed to grab the kill and carry it back down with her. While the other lioness and lion lay nearby she enjoyed her stolen treat as the poor leopard could only look on helpless from above in the Mashatu tree.

Eventually the lions did move on and the leopard managed to get out the tree.