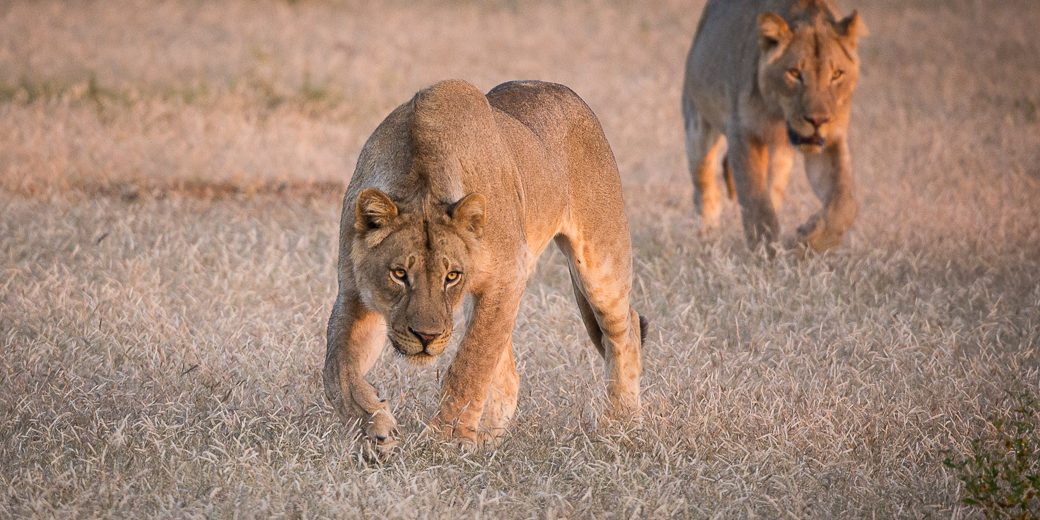 After an early rise at 5am, it wasn’t long before we heard the distant sounds of Hyena and lions calling whilst having a well needed morning cup of coffee. The calling was different, it was intense and clearly not for territorial reasons.

We where planning on heading to the underground hide for the morning but we decided it worthwhile to bypass where the commotion was going on and see what was out there.

We followed the audible commotion for a while before we found what it was all about. A clan of Hyenas where challenging 2 young male lions over the remains of an impala ram kill, yet another victim of the Impala rut. There wasn’t much left and we were lucky enough to catch the last bit of action. The sun was just about to rise and we positioned ourselves according to the lions and hyena, and the approaching golden light. As classic Masahtu has it, there wasn’t a tree or shrub in our way and we had the 2 young males walk past us, shortly followed by 13 hyena unsatisfied with the scraps they were left.

After almost an hour of interaction, the rising sun set the tone of calmness once again. With adrenaline flowing in full force, we retreated to the hide to absorb what we had just witnessed. With a cup of coffee in hand we browsed through the images we had just got on our ‘short’ little detour to the hide.

Hyena’s in on the action, as per usual

The young pair keeping their eye’s on the hyena’s

The first rays of the day, enhancing the golden coat of this young male